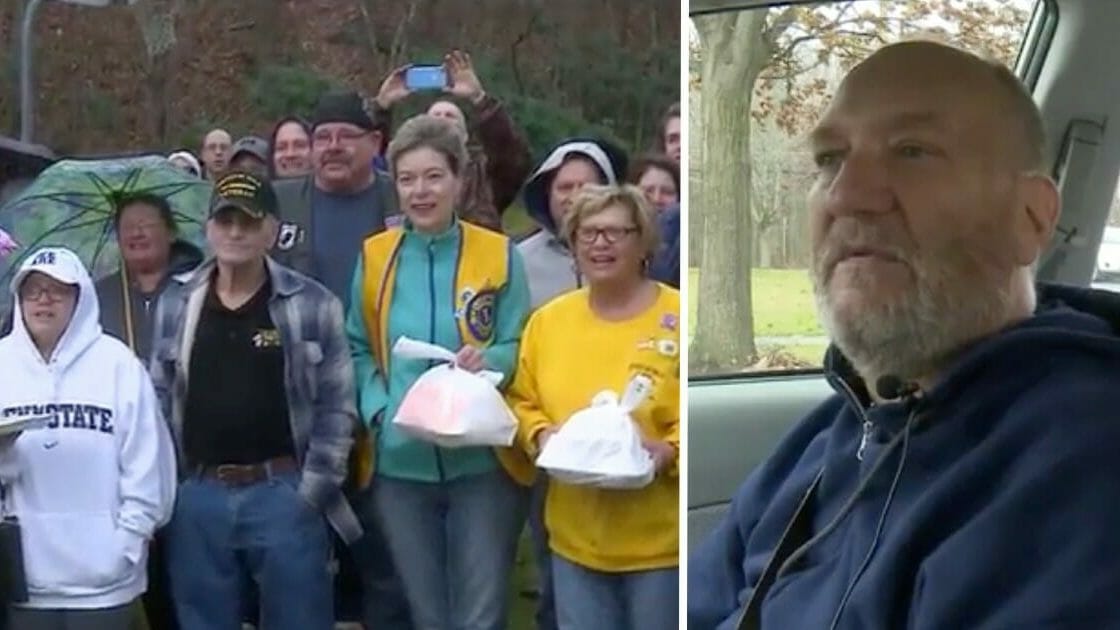 While spending time alone can be wonderful, it can get quite lonely, especially around the holidays.

After spending 15 years of birthdays and holidays by himself, Carl Braun, wanted some company. The disabled veteran, who lives in Archbald, Pennsylvania called in to his local TV station and shared his woes.

“I’ve got a request.. I don’t want no food. How about some friends. Fifteen years, I haven’t have anybody to spend Thanksgiving with, my birthday, Christmas, New Year’s. It’s getting boring as hell, but I love what you’re doing to help other people,” he said.

He asked and hundreds answered.

The news station was flooded with messages from strangers wanting to help Carl. The station called him back and arranged for those who lived nearby to meet at a local park.

“I seriously thought it was a joke,” he told WNEP.

But it wasn’t a joke. Over 100 people, none of whom Carl knew, showed up Thanksgiving morning to wish him a happy holiday, give him food, and make plans for the future.

After the get together he had plans for Thanksgiving and Christmas Eve.

“I just could not believe that many people did have open hearts, that cared,” he said. “In over 25 years, since I lost my mom, this is one of the first Thanksgivings where I can actually say I’m having fun.”

While Carl is extremely grateful to everyone who opened up their homes to him during the holidays, he hopes the kindness will continue throughout the year.

This is so kind! This holiday season, reach out to someone who might be alone. Even if you don’t invite them over for a meal, it could be nice just to have a chat.

Share this to encourage others to reach out and include those who may not have anyone to spend the holidays with.