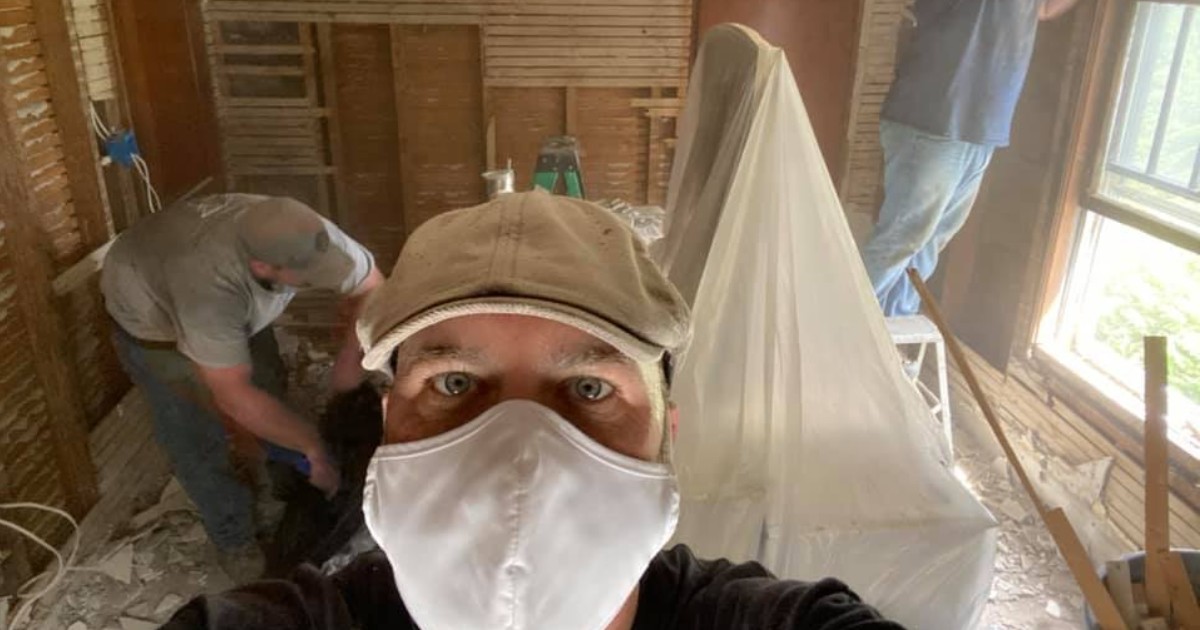 Recently, a woman named Gloria contacted an electrician to fix the light in the ceiling of her Woburn, Massachusetts home.

John Kinney answered the call and repaired the light, but while he was there he noticed the 72-year-old woman’s home needed a lot more repair work than the light fixture.

“No lights, running water,” he told CBS News. “I think I seen her on a Friday and it stuck with me over the weekend and I said, ‘I got to go back there.'”

Kinney returned and began fixing odds and ends around Gloria’s house for free.

He eventually shared her story on Facebook and asked for help to repair the home she had lived in since 1969.

Not only was Kinney able to raise nearly $100,000, but he recruited dozens of volunteers to complete jobs at Gloria’s home.

And those who weren’t able to physically help sent either food, supplies, money, or well-wishes.

“I want to get it safe and livable for her,” Kinney told WHDH. “Gloria is a wonderful lady if there is anyone who deserves a helping hand it is her.”

Although Kinney said he didn’t intend to rebuild her entire house, with all the help he’s received it appears that way now.

Meanwhile, Gloria has been in awe at the number of people willing to help her.

“I couldn’t possibly afford to pay for this kind of help,” Gloria said. “I am so grateful that you can’t imagine.”

Once work is complete on Gloria’s house, Kinney hopes the community’s kindness continues and they’re able to help someone else in need.

“And that’s why we put a name to it — the Gloria’s Gladiators — and we want to keep going with this.”

This warms my heart. When a community comes together to help a member of their community, it gives me faith that there are still kind people out there.