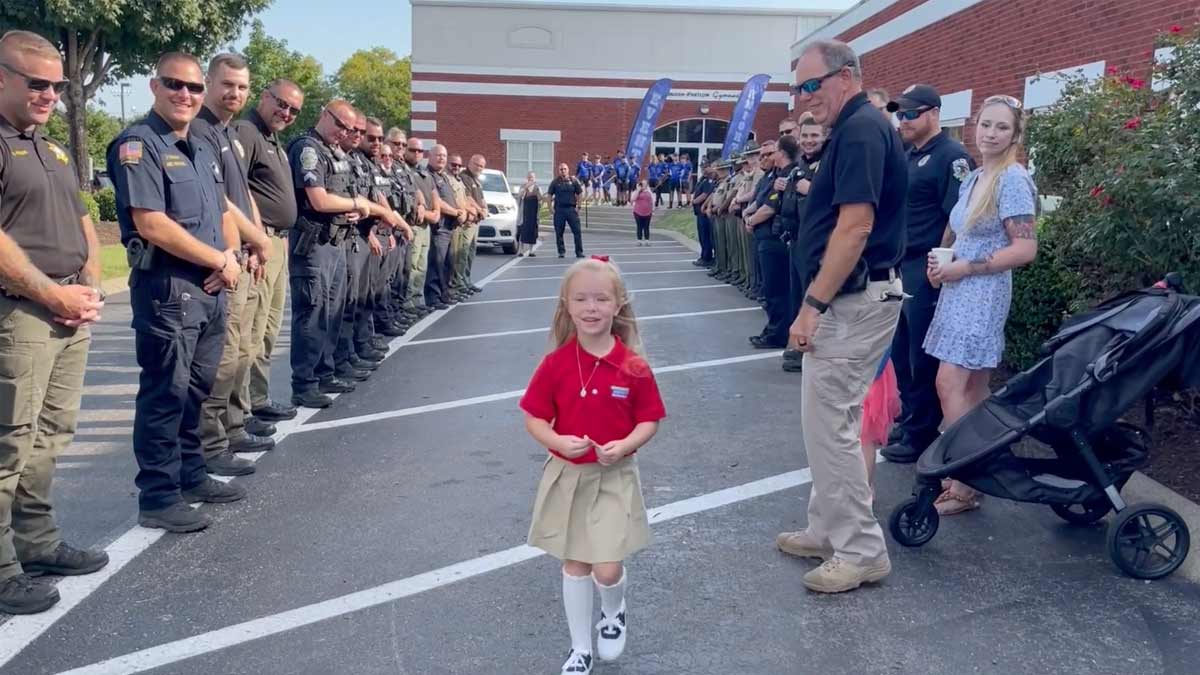 A five-year-old girl was escorted to her first day of kindergarten by dozens of her late father’s colleagues.

The sweet moment, which happened on August 8, was captured on camera and uploaded to the La Vergne Police Department’s Facebook page where it went viral.

It was a moment everyone would remember forever.

On the day Anna Stolinsky was set to start kindergarten at Lancaster Christian Academy in Smyrna, Tennessee, a group of police officers showed up at Anna’s house.

“I was reading a book and went to tell my Nana, ‘The policemen are here!'” Anna, told TODAY Parents.

Casey Stolinsky, Anna’s mom, knew the escort was coming. Her brother-in-law, who is in the police force, arranged for dozens of officers to escort Anna to school in place of her father Detective Sgt. Kevin Stolinsky who died of a heart attack while on duty in 2021.

Anna and her mom drove with Lieutenant David Durham – he brought Casey to the hospital after Kevin’s heart attack – to school. They were led by 20 motorcycles and five police cars.

When they arrived, a line of officers waited to welcome Anna to her new school. The little girl, who gave out several high fives, seemed thrilled by the officers’ kind gesture.

“In honor of her father and in support of her family, Anna and her mom were given a police escort to school and then were surrounded by officers from multiple departments as she made her way to the front doors,” the police department shared on Facebook.

When it was finally time to walk into the building, Anna’s mom and uncle brought her inside.

This brings tears to my eyes. All of these officers made this little girl’s day.