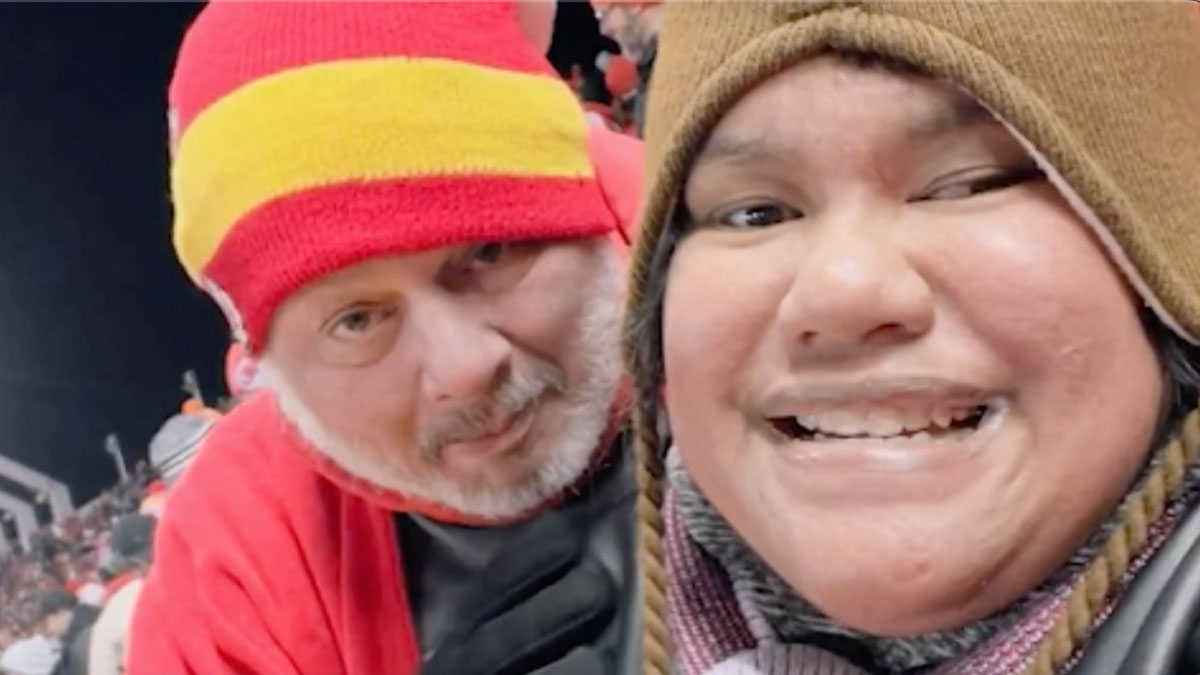 Tima Suluvale has been a Kansas City Chiefs fan her entire life, but never made it to a game. So when she had the opportunity to attend their playoff game against the Buffalo Bills she couldn’t say no, even if that meant sitting apart from her family.

Initially, her sister Sa’euteuga Suluvale said she felt awful that Tima had to sit by herself, but when she found out her sister, who has autism, made a friend at the game, she couldn’t have been more thrilled.

Just before the Chiefs’ playoff game, Tima’s uncle purchased his 34-year-old niece and himself tickets to the game. Since he bought tickets so close to kickoff, he was unable to get them seats together.

But it didn’t seem to bother Tima.

While she didn’t sit next to her uncle, she sat next to another gentleman who showed her so much kindness her family wants to find him and thank him.

“I don’t know, if he realized that she was autistic, or I don’t know what his side was,” Tima’s sister said. “I want to thank him for giving my sister her first experience, a really good one, you know? To hear my sister come home, and she’s able, you know, to be by herself and you know, be a social butterfly.”

Tima told her family “she made a friend” during the Chiefs game, but unfortunately she didn’t get any identifying information about him besides a photo.

They shared a photo of Tima and the mystery Chiefs’ fan in a Facebook group in hopes that someone knew the man, but so far no such luck.

Everyone wishes they are able to find the Chiefs’ fan.

“To see him again and sit right next to him I will be happy,” Tima said.

But she said she’s also ready see her favorite team win their next game and then move on to the Super Bowl.

How great is that? I bet this Kansas City Chiefs fan had no idea how much happiness he brought one family just by being kind.

Please share this story and help find this mystery fan!