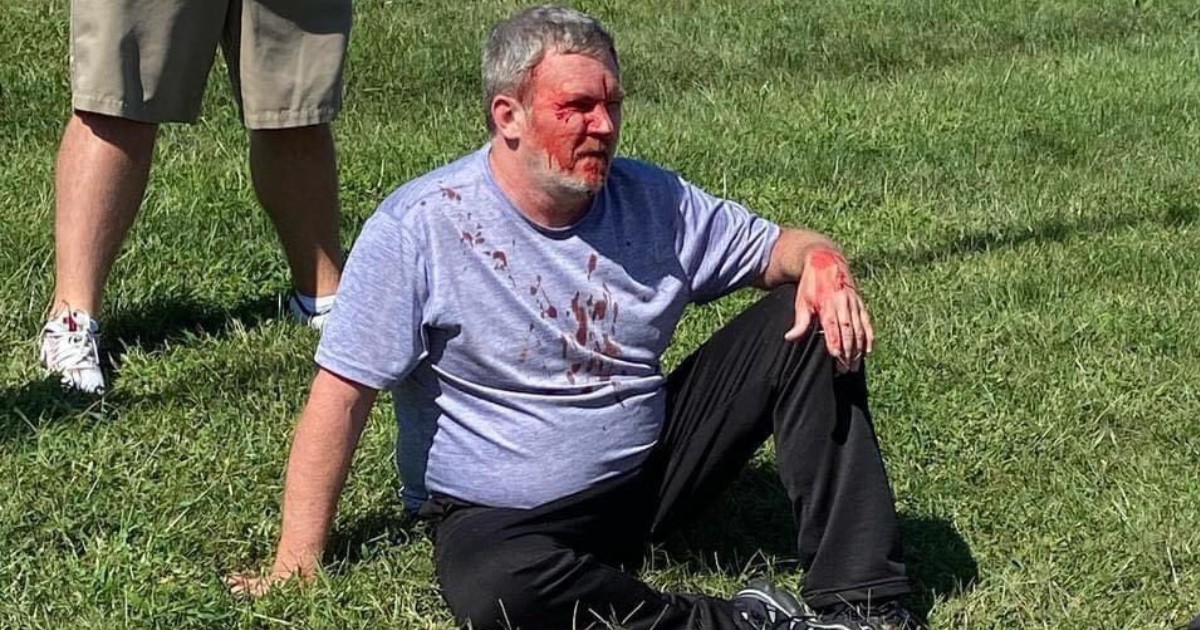 A group of fathers is being credited for taking down a convicted sex offender outside a South Carolina Cracker Barrel. The suspect now faces several charges, according to the Duncan Police Department.

The incident occurred Sunday morning when a 15-year-old girl went into the bathroom of the Cracker Barrel in Duncan, South Carolina. Duncan Police Chief Carl Long said that while she was in there she noticed something moving by her feet.

She realized it was a man’s head.

The teen told her father, and he confronted the suspect, identified as Douglas Lane, 53, at the bathroom’s exit.

“The guy came running, sprinting out the front door with a very bloody nose,” a witness told WSPA.

Lane attempted to flee, but a group of fathers in town for a softball tournament tackled Lane and kept him detained until police arrived.

The 53-year-old, a registered sex offender in North Carolina, was charged with voyeurism, simple possession of marijuana and paraphernalia.

If convicted, it would not be his first time.

According to WYFF, he was convicted of peeping, voyeurism or aggravated voyeurism in South Carolina in 1997 and secretly peeping into an occupied room in North Carolina in 2004 and 2008.

What an absolutely disgusting act. I’m so glad this group of fathers were able to hold this man until police arrived.

Share this if you believe this repeat offender should be held accountable for his actions.