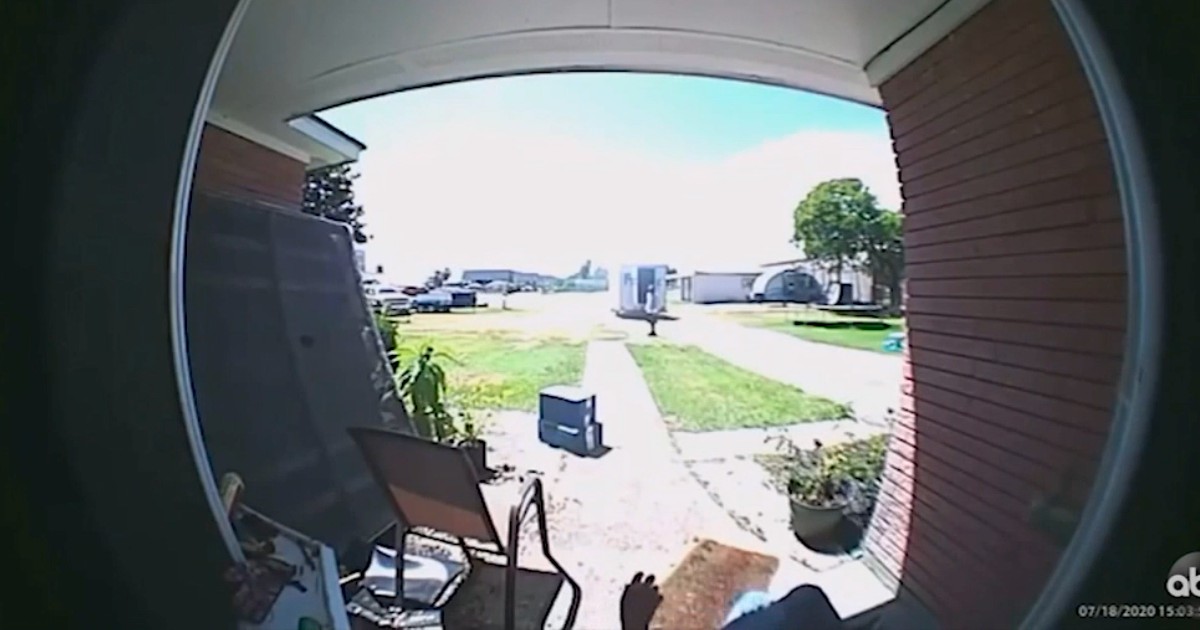 Most people who see another person in need will lend a helping hand, though nowadays some may be a little cautious due to COVID-19.

However, one Texas family never expected someone who came across their 89-year-old father to be so callous, pandemic or not.

The camera showed a FedEx delivery driver run up to Kouches’ home and drop off a few boxes right in front of their porch before hurrying back to their truck.

Just as the driver returned to the vehicle, Kouches’ 89-year-old father can be heard asking for help. He’s barely visible in the video because he had fallen right in front of the door.

Kouches told KTRK that her father has dementia and has issues with his legs. According to the camera, he had been laying there for at least 15 minutes before the FedEx driver had arrived.

“Give me a hand. I need to get up,” Kouches’ father can be heard saying.

Kouches’ father laid on the ground for another 10 minutes before she returned home.

In a statement FedEx expressed their concerns and said they would review the circumstances surrounding the incident and take any necessary action.

What would you have done in the situation? Helped the elderly man or left him there?