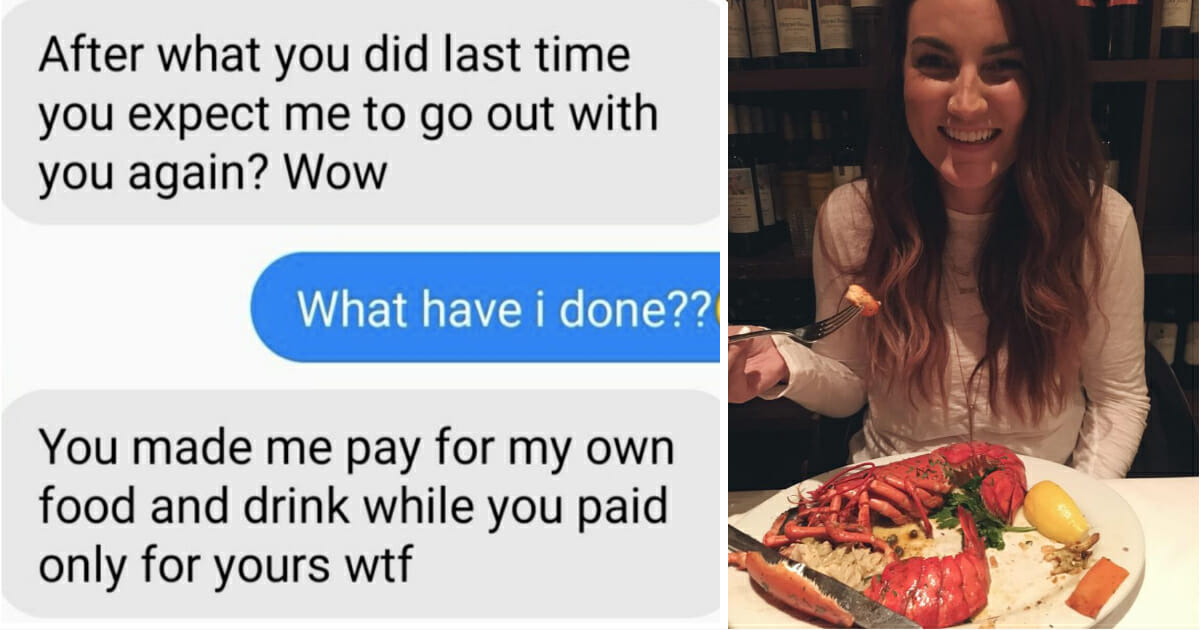 Going on a first date can be anxiety-inducing for both parties involved. There are certain expectations that need to be met, and a certain etiquette that is often applied to the situation. For example, a man is often expected to open the door for his date and pay for her meal.

Of course, couples these days are switching up exactly what this etiquette says, but generally, these rules are well-known.

But when one man refused to pay for his date’s meal on their first date, he didn’t know that this would cause the woman to deny him a second date.

The story comes to us from Reddit, where a man posted screenshots of his conversation with the woman.

It starts with the woman refusing to go on a second date with the man.

The man was oblivious to what he did wrong. She says that she didn’t want to go out with him again because he didn’t pay for her meal.

He defends himself, saying that her meal was simply too extravagant and expensive. She ordered over $120 worth of food, including wine and a lobster dish.

After he tells her why he didn’t pay, she claps back, telling him only a gentleman would pay.

Then, the exchange gets quite nasty.

According to Insider, the man wrote on Reddit, “The date was fun at first until she started talking about another guy and how much he liked him, but I thought, ‘Let’s eat, talk, and leave,’ since she’s into another guy, and it all crumbled when it came to the bill,” he said. “She was shocked that I let her pay. She didn’t say anything at the time, but from her facial expression I realized she was furious.”

Many of the commenters on the platform agreed with the man’s actions.

One wrote, “Anyone that expects that royalty treatment is not someone you want in your life. Good move.”

What do you think? Who do you think is right? Should the man have paid for his date’s meal, even if it wasn’t going well? Should she be so angry, or should she even have ordered a meal that was so expensive? Please share and sound off in the comments!