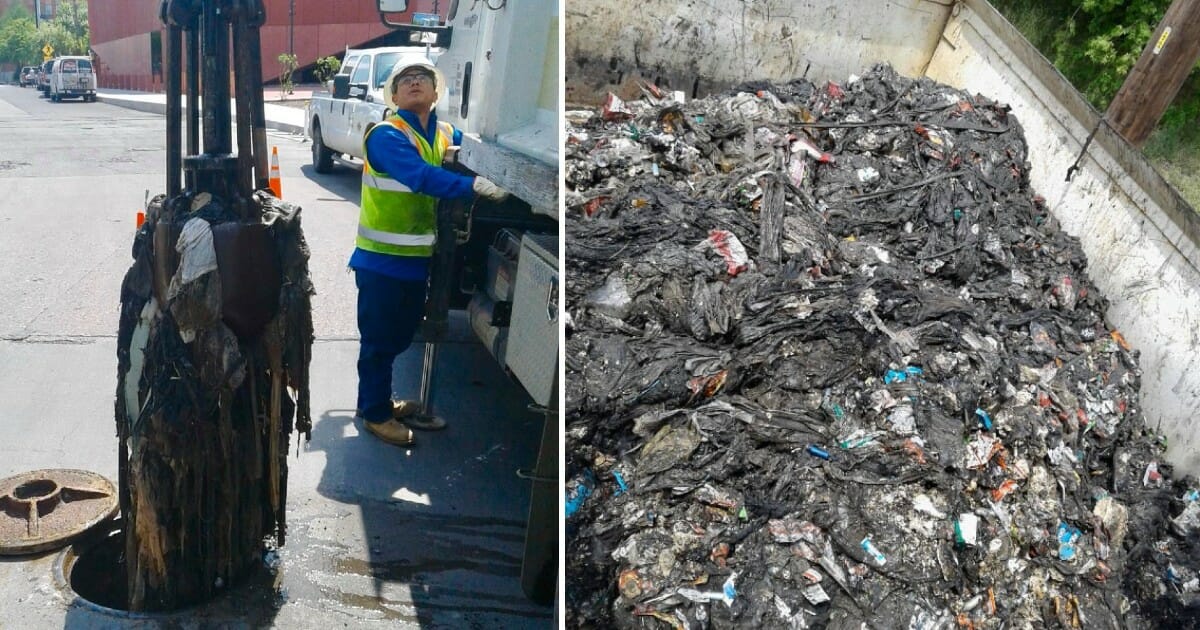 Over the past few weeks, for many, finding toilet paper in stores has been like striking gold. It’s been nearly impossible. There are many theories as to why that’s the case, but trying to figure out why will just make your head spin.

So, many people have turned to alternatives, which has led to some problems.

All over the country utility companies are having to deal with an uptick in blocked sewer lines.

Concerned citizens are now using more wipes marketed as flushable, they’re disposing of them in their toilet and while they go down their toilet fine, they’re getting stuck in the pipes.

“Some people assume it breaks up and goes away,” Hayden said. “What happens with the wipes is, it gets caught on a rough part of the pipe, or on a branch, and then other wipes start catching on it. Then grease combines with it and that’s how you get these huge pieces that are like concrete. If that blocks your whole sewer line, you have a big problem.”

And it’s not just an individual problem, it’s a community problem.

“We are all truly connected and we have folks in a fairly dangerous time to be in public, they’re out dealing with wastewater.”

Since utility companies have taken on the responsibility to inform communities about what they should flush down the toilet, many have adopted the phrase, “three Ps” — pee, poo and toilet paper.

If it doesn’t fall into one of those categories, throw it out.

Were you aware that “flushable” wipes aren’t really flushable? Share this on Facebook to let others know that we really shouldn’t put them down the toilet.