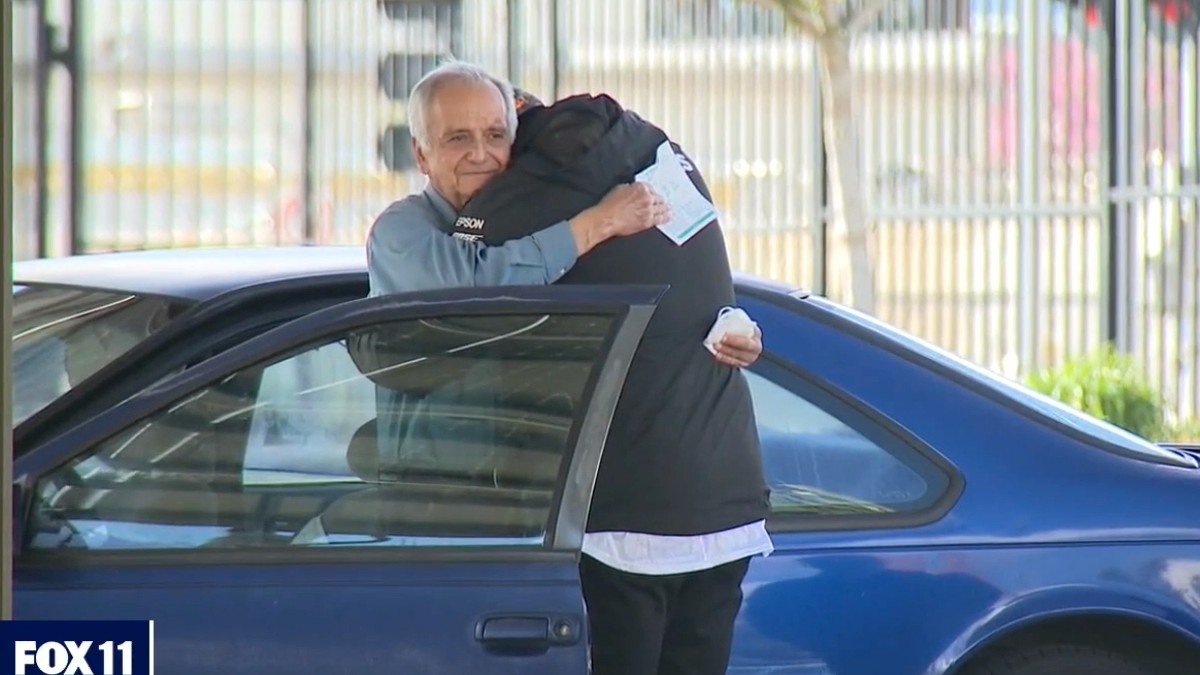 The past year has been extremely rough on many people for all sorts of reasons.

One group of people who had to quickly adapt to the new normal, but never let us down was teachers. As schools went from in-person learning to fully remote, they had to change their way of teaching. This meant that some people like Jose Villarruel felt they were no longer needed.

Villarruel felt that as a substitute teacher his role was obsolete, so he resigned. Shortly after his resignation he found himself living in his car, but then he came across a former student who wanted to show his former teacher how much he appreciated him.

Villarruel, who goes by Mr. V., resigned from his position as a substitute teacher from Fontana, California shortly after schools shifted to online learning.

“I decided the school situation has changed completely and I believed that a job of a substitute was over,” he said. I managed to do all of the paperwork, all of the arrangements to get my pension. I got my check, but that check didn’t last long because I had debts already.”

It didn’t take long before the 77-year-old found himself in need of money. Soon he was living out of his car.

Once Nava learned about his former teacher’s situation, he wanted to do something to help.

“I was just devastated and gutted for the reality of the pandemic and how it has left teachers without a job and this is one of the results and it’s sad to see one of your own teachers go through that so it only makes you want to help out more,” the 21-year-old said.

As a start, Nava gave Mr. V $300, then he started a GoFundMe and shared his former teacher’s story on TikTok where it went viral.

“My initial thought was, ‘Am I dreaming?'” he said upon receiving the money raised for him.

It pains me to know there are so many out there who are still struggling, especially teachers. Every day they are there for our children, and yet so many of them are barely getting by.