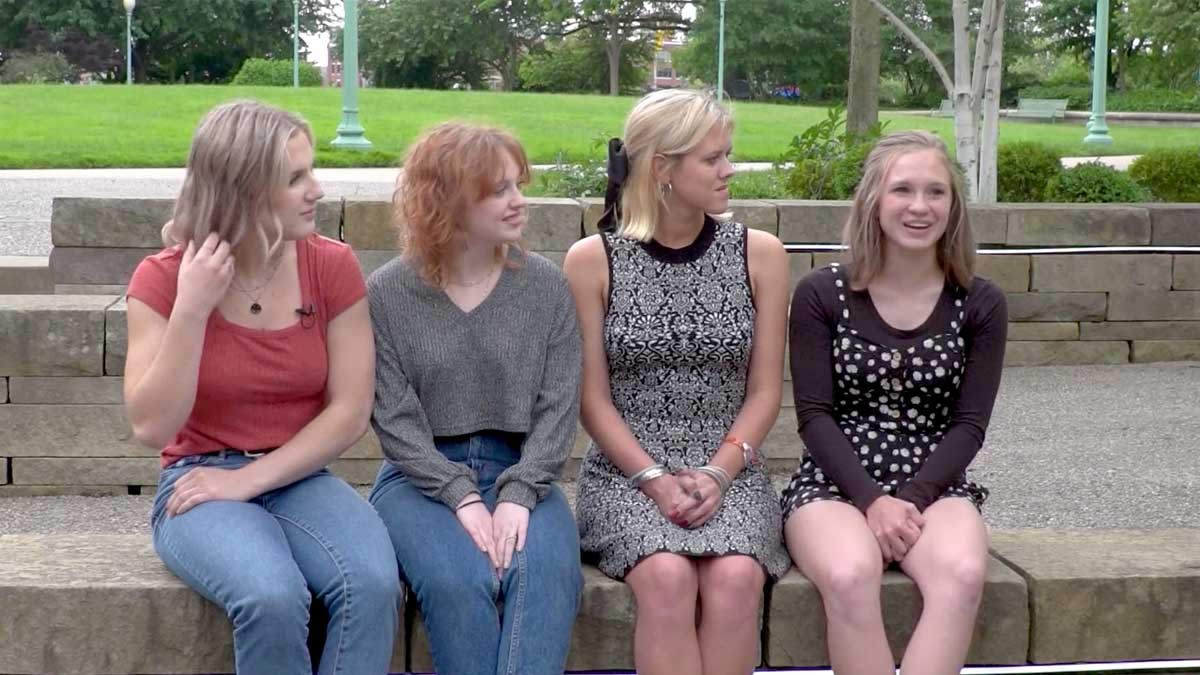 Four friends who have survived more difficult childhoods than most recently celebrated another milestone: they all graduated from high school.

“I felt like I had been through so much and that I’d experienced and learned so much by the time I was eighteen, High School almost felt so small,” Morgan Loudon said.

Kemery Kerschner, Madison Lehman, Morgan Loudon, and Katelynn “Boo” Magyar are all childhood cancer survivors, and they all met when they were fighting the disease at Akron Children’s Hospital in Ohio.

While they celebrated yet another milestone in their lives, neither they nor their parents could forget the children they encountered in the hospital who would never graduate.

“It’s almost like I was like carrying the people that couldn’t be there with us with me so they could go through it too,” Madison Lehman said.

Madison was diagnosed with Burkitt lymphoma, a form of non-Hodgkin’s lymphoma, at age four.

Kemery Kerschner, a survivor of nephroblastoma, reflected on her second chance at life.

“I’m a two time cancer survivor and I’m going to this super great college for cheer and stunt and it’s something that not a lot of kids that go through what we went through get to do,” she said.

Laura Gerak, Ph.D., a pediatric psychologist at the hospital, remembered the four friends and their ability to always seek out the positive.

Not only did their friendship and positive attitudes help them survive, but each got involved in clinical trials related to their diagnosis in order to help doctors further understand the disease.

As each one continues on to their next adventure – college – they shared some advice they learned when things were tough.

“You should be compassionate in all situations,” Morgan said.

“You’ll have your true friends obviously for the rest of your life and they’ll love you for whoever you are, whatever you’ve been through,” Kemery said.

Congratulations to each of these young women. They have already been through so much. I have no doubt whatever they set their sights on they will accomplish.