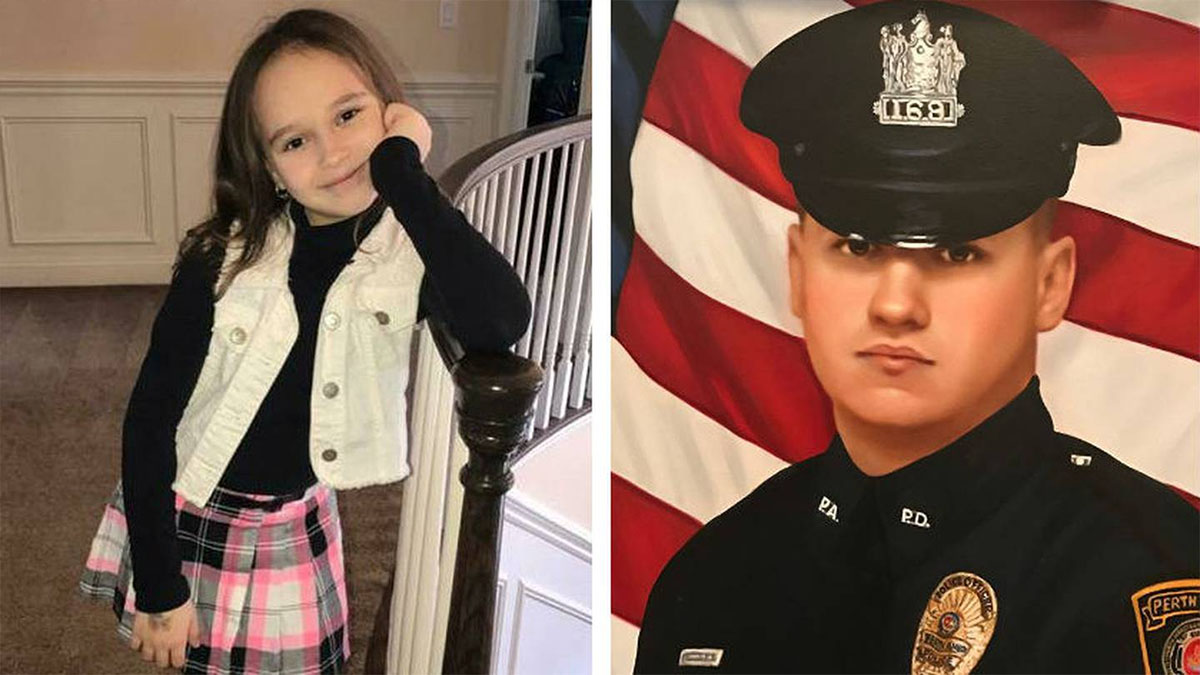 Mikayla Raji never met her father; he was a police officer in New Jersey who was killed by a drunk driver before she was born.

Police Officer Thomas Raji had been with the Perth Amboy Police Department for 10 years when he was killed while transporting a prisoner with his colleague.

He died instantly after his patrol car was struck in August 2008 by a drunk driver who ran two red lights.

His wife Mimi, who was also a police officer, was pregnant with Mikayla when her 31-year-old husband was tragically killed. The driver responsible was sentenced to 8 years in jail, as per a memorial page.

Mikayla was raised with a deep respect for police officers and is grateful for the work they do in keeping the community safe. So when she was out one night enjoying dinner with her mom at an Italian restaurant called Villa Borghese II in Helmetta, New Jersey, she decided to show her gratitude to the force.

Police Officer Joseph Quinn was also there picking up his dinner, and he and Mikayla had a brief conversation.

Officer Quinn was shocked when he went to pay for his food, and the owner told him that someone had paid for it, but wanted to remain anonymous.

Officer Quinn did some digging and found out who paid his bill and why. He then tracked her down and thanked her.

“They work hard and they deserve some respect, they need people to do nice things” Mikayla said, when asked by a reporter why she wanted to pay for the officer’s meal.

Since meeting the big-hearted youngster Officer Quinn and his colleagues have set up a GoFundMe page to help pay for Mikayla’s education. So far, over $15,000 has been raised of a $20,000 goal.

The youngster was also given the VIP treatment at a New York Yankees’ game, throwing out the first pitch.

In a Facebook post, the team said Mikayla was an inspiration adding: “Mikayla was joined yesterday with friends from the NYPD and her mom. It was a pleasure to have you, Mikayla!”

Mikayla is an inspiration; more of us need to recognize the danger our officers put themselves in every day to keep us safe.

Please share so more people are reminded of this and to pay tribute to this wonderful youngster.