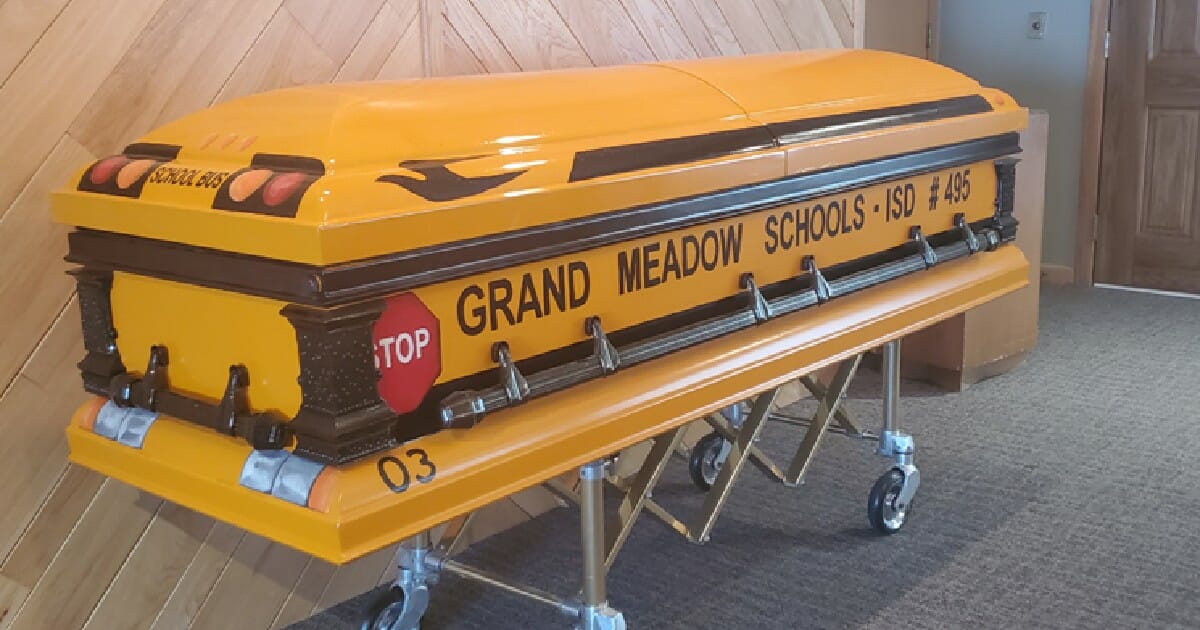 It’s not too often that someone loves their job so much that they want to remember it, even after death.

Glen Davis loved his job. For 55 years, Davis was a school bus driver in Grand Meadow, Minnesota, and he requested that after he died, he wanted to be buried in a casket that looked like a school bus.

Davis began his career as a school bus driver in 1949, the year he graduated high school. He continued to drive every morning for 55 years until he retired in 2005.

One day while talking to his one of his sons-in-law, he learned about having a school bus casket.

“Oh, I loved it,” he said in a 2015 interview with the Post Bulletin. Although he family was a bit skeptical.

Jim Hindt, owner of Hindt Funeral Home and a family friend, planned to wrap the casket, but when that proved to be impossible the plan was abandoned. However, Davis was shocked one day when Hindt showed Davis the final product.

Hindt painted a school bus casket as a thank you for showing his family kindness when his family dealt with health issues.

“He just enjoyed the kids and driving the bus so much,” Lisa Hodge, his daughter said.

So, it’s only fitting that he be buried in a school bus casket.

“He really got a kick out of it,” Hodge said. “It’s what he loved about life.”

What a fitting tribute to a man that everyone loved. Rest in peace, Glen! Share this to send your condolences.