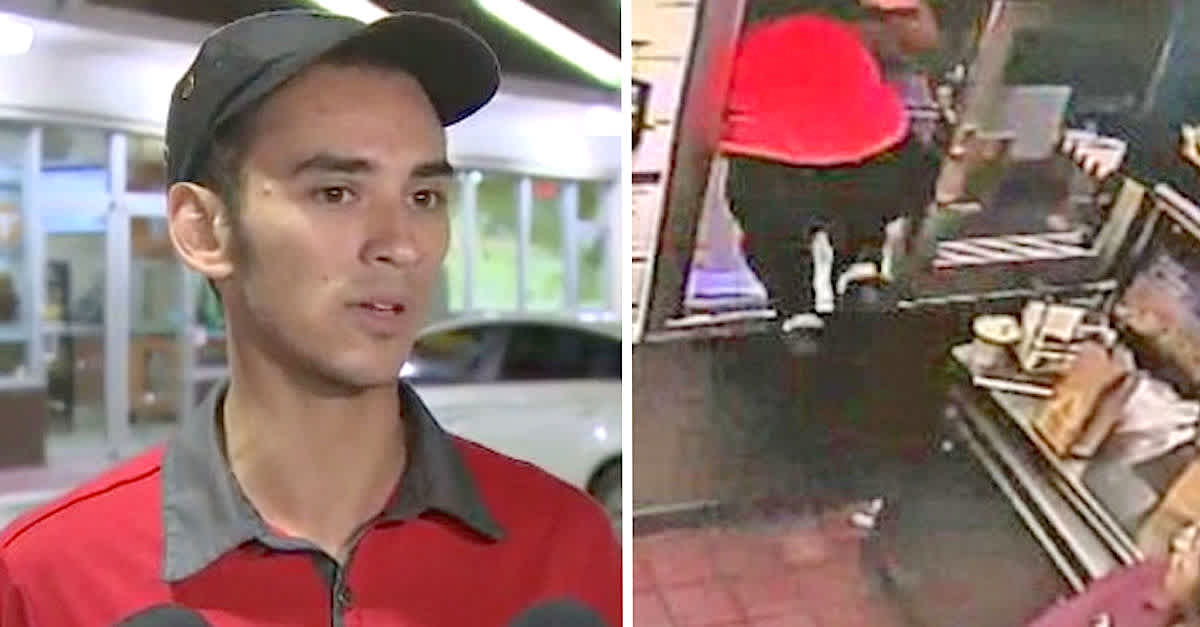 It was not the kind of breakfast serving 22-year-old McDonald’s employee Pedro Viloria was expecting.

A woman with two kids approached the drive-through window at the Doral, Florida, McDonald’s restaurant to order breakfast and pay but when she moved to the collection window her car continued rolling.

It seemed that the woman was no longer breathing and was making jerking movements causing her foot to slip off the brake, Viloria told NBC Miami.

“Her kids were (in the back) screaming ‘Mother, mother stop it what are you doing,'” Viloria said, as per Inside Edition.

“I thought if these kids lose their mother today it would have been tragic. If I would have had to die to save that woman, I would have done it.”

Footage shows Viloria jumping through the window, he then chased after the car and threw himself in front of it.

“My brain was on hero mode,” he said.

An off-duty fire rescue officer was in the restaurant at the time and also rushed to the woman’s aid.

The woman was later identified as an off-duty police officer who is currently being treated in hospital, but no more details have been revealed.

“He is an excellent employee, so it didn’t surprise me that he took immediate action and jumped through a window to help save this woman,” Alex Menendez, the local McDonald’s owner said as per Today citing NBC Miami.

A second employee, who asked to remain unnamed, assisted with CPR, Menendez added in a statement. “Their quick thinking and action were everything in that moment.”

Thank goodness there were people around to help this woman. I wish her a speedy recovery.

Help us pay tribute to Pedro Viloria and those around him who helped rescue the woman by sharing this story.