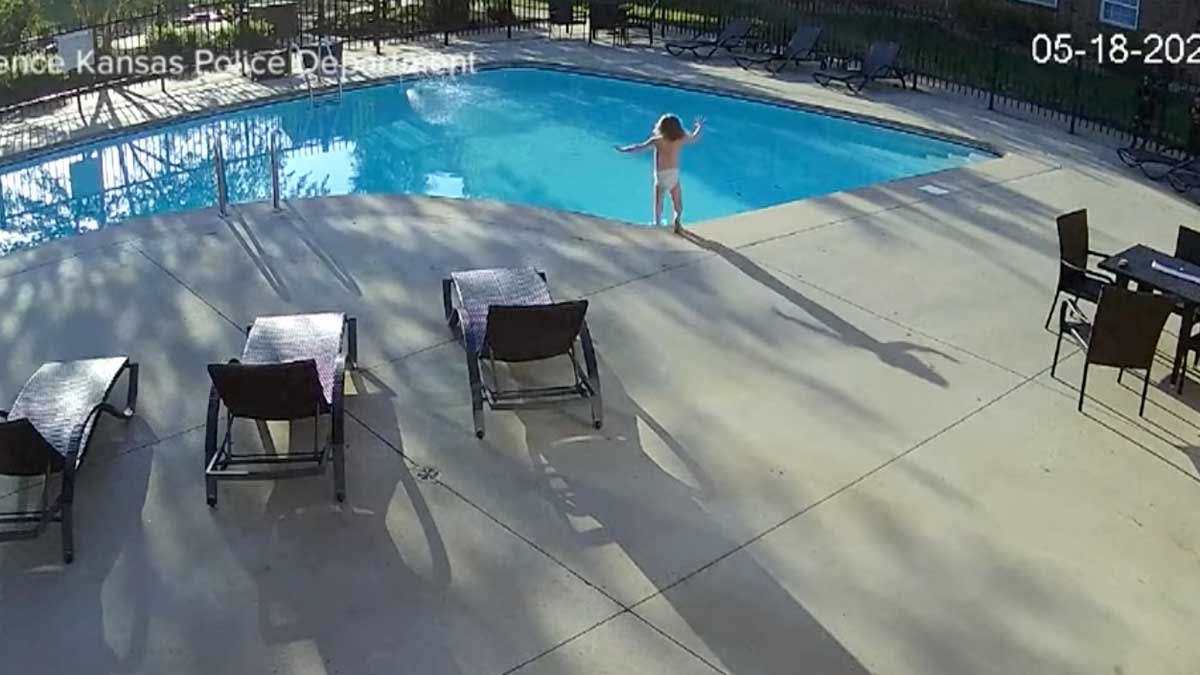 Surveillance video at an apartment complex in Kansas captured the frightening moment a 4-year-old jumped into the deep end of a pool.

It also caught the dramatic rescue that saved the boy’s life.

On May 18, Xavier Rigney ran out of his family’s apartment in Lawrence, Kansas while his mother Alexis was checking on his 4-month-old sister.

Xavier, a nonverbal 4-year-old with autism, sprinted towards the apartment complex’s pool, and he was able to get inside the fenced in area. He immediately jumped into the deep end of the pool.

The only people who witnessed the horrifying accident was 12-year-old Maddox Westerhaus, who lives in the complex, and his friends.

As Xavier frantically began trying to escape the pool, Maddox ran to get his father Tom.

Tom hopped over the fence, jumped into the pool, and pulled Xavier out of the water.

By the time Tom, a former lifeguard, reached Maddox, the 4-year-old had been underwater for more than three minutes.

The little boy was blue.

“Definitely when he started to cough up water and everything, I knew that was a good sign,” Tom said. “I didn’t realize I had to keep going for so long.”

Some may find the following video disturbing.

A week after the terrifying incident, Xavier and his mom got to meet Tom and Maddox during a special ceremony where the Westerhaus men were honored for their quick reactions.

“We’re very happy to celebrate this positive outcome,” Lawrence-Douglas County Fire Medical battalion chief Rob Fleeup said, “because far too often, these stories do not have a positive outcome.”

Both Tom and Maddox were issued certificates of heroism and challenge coins.

Alexis was extremely grateful for her neighbors, thanking both the father and son for saving her boy.

As the summer begins it’s important to pay attention to children around water.

Please share as a reminder to keep an eye out this summer.