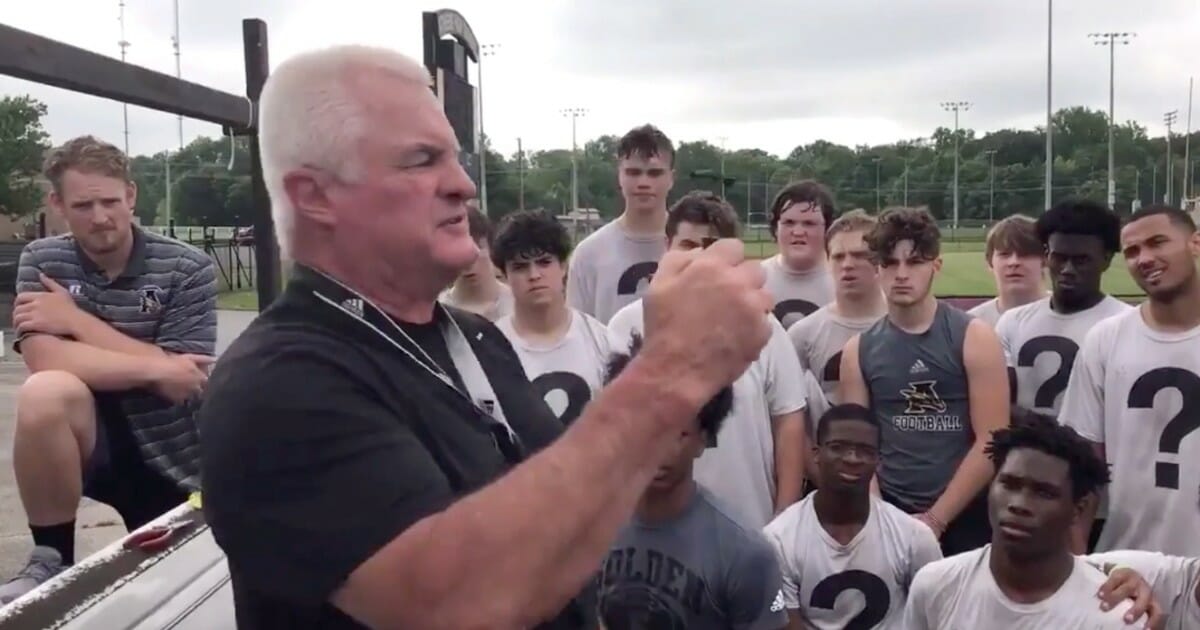 Ask any high school athlete and they can probably name at least one coach who impacted their life. Maybe they helped them realize their dream of playing professional sports or maybe they assisted them with finding the extra help they needed in school.

Members of the Athens High School football team in Alabama can say their coaches helped them realize their full potential and so much more.

In addition to practice on the field, the high school football players are taught life lessons.

This week for Manly Monday we talked about how to treat women & Coach Carter actually made a piece of jewelry. Players drew out of a hat & the lucky player won the jewelry for his mom. #MothersDay pic.twitter.com/XUBnEA4LQ2

Defensive line coach Steve Carter is in charge of what they call “Manly Mondays.” On these days Carter teaches the players  valuable life skills like how to change a tire, how to check the oil in a car, and how to make a chain out of a rope.

Gross has also taught the players how to address people, how to tie a necktie, and how to greet others with a firm handshake.

“I’m kind of a handyman and I’m always working on the coaches and players cars, lawnmowers and whatever else needs fixing around the organization,” Carter said. “Coach Gross thought it would be a great idea if I started teaching the kids and coaches some practical lessons on how to perform different tasks that many people never experience anymore.”

In this week’s installment of Manly Monday Coach Carter teaches us how to change a flat tire. #lifelessons #morethanfootball pic.twitter.com/dxNsULThxz

He’s even spoken to the young men about how to treat a woman, and for Mother’s Day he showed everyone how to make a piece of jewelry before giving it away to a player to give to their mother.

The players’ response to Manly Mondays have been positive and full of gratitude.

“He teaches you things that you don’t really focus on,” Kevin Jurado, a junior on the team, told WHNT. “One of the first Manly Mondays we did he taught us how to cut a PVC pipe that’s in a difficult position. He teaches us things that you might not think that you’ll need but it could come in handy.”

Carter believes he’s helping his players become a “complete man” and hopes they will take at least one life skill with them into the future.

Coach Gross and Coach Carter want to make sure their players go out into the world not only to be the best football players they can be, but to be the best people.

Pass this article on if you think more coaches should take on this approach!