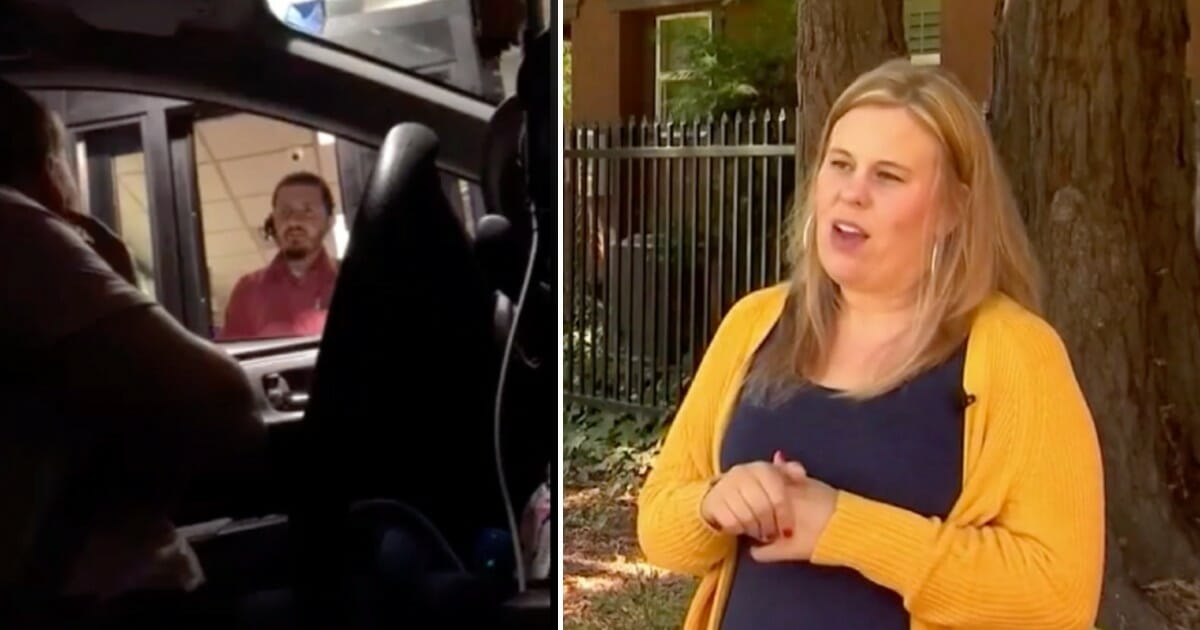 Everyone knows that when you order from a drive-thru you typically place your order at a speaker before pulling up to a window where you pay and then receive your food.

When Revae Arnaud-Jensen visited a Jack in the Box in the San Francisco Bay Area, she was unable to place her order at the speaker – she’s deaf and has been since birth.

Pulling up to the window and placing her order with a Jack in the Box employee shouldn’t have been an issue, but it turned into a huge problem and it was all caught on camera.

Revae, who is articulate and communicates through lip-reading and sign language, told KNTV she was shocked and perplexed by the ordeal.

The 39-year-old explained to the employee that she was deaf and unable to order from the speaker, but the employee at the window disregarded her and told her to go to the speaker.

While the employee told her to move, she repeatedly told the employee that she couldn’t hear and all she wanted to do was order food. On her Facebook she said she sat there for two hours while she waited for her order.

At one point the employee told Revae to shut up. Once he realized he was being recorded he began to mock her.

Jack in the Box management saw the video, which has been viewed over 120,000 times on Facebook, and fired the employee who was involved.

“It just continues. It needs to stop,” Revae said. “It’s discrimination. Too many times. They think it’s the norm, but it’s not.”

According to KNTV, she plans to sue.

“It’s not only training. That’s not going to change because you need that depth of knowledge of deaf culture to fully understand the needs.”

Following the incident, Jack in the Box released a statement, saying in part: “We do not tolerate the mistreatment of any customers and expect employees to follow all training procedures, be respectful, courteous and accommodating to all guests. After a thorough investigation of the incident and direct contact with the local franchise owner, we understand the employee in the video has been terminated.”

Can you believe this? I’m glad this employee was fired, but I think more training needs to happen.

Share this if you think more training needs to be done as well.