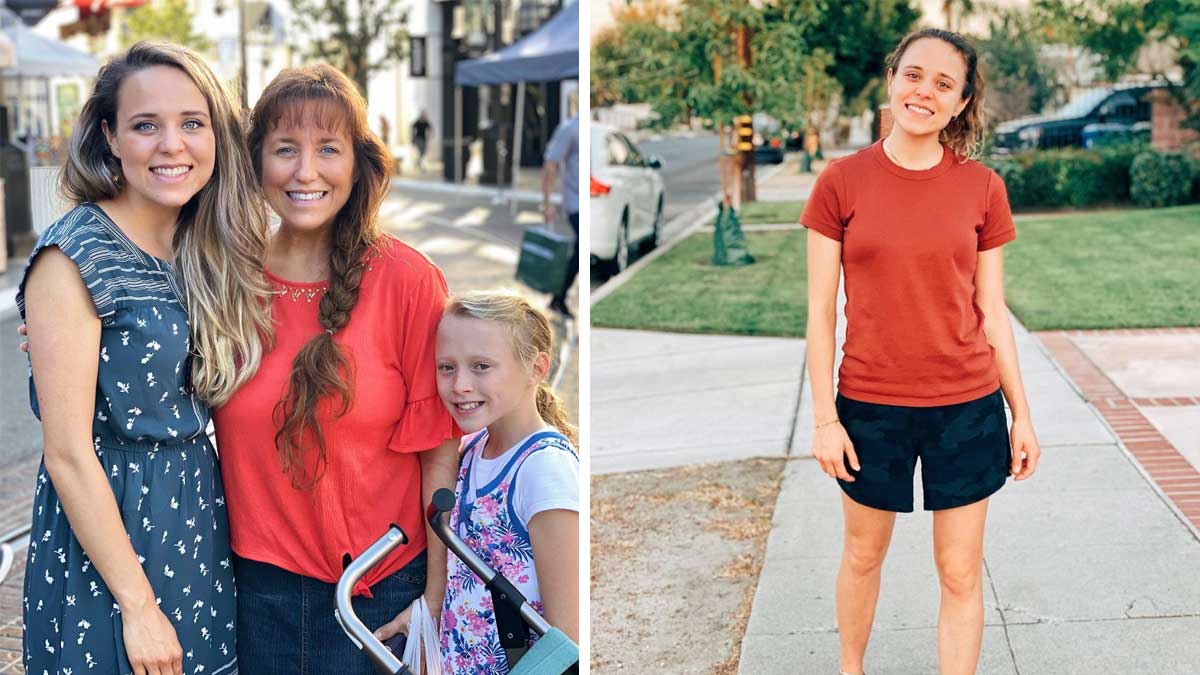 As millions watched Jinger Duggar Vuolo and her siblings grow up on TLC’s 19 Kids & Counting and Counting On, one thing always stayed the same: the girls always wore dresses.

Did you ever notice? A quick Google search brings up countless photos and in each one no matter their age, the girls wear either a dress or a skirt while the boys sport pants.

In an interview with People, Vuolo revealed the outfit choice wasn’t something her mother Michelle Duggar did on purpose. Rather the idea of dressing modestly was a rule her ultra-conservative family followed.

Vuolo, who found freedom in 2017, shared the reason she wore dresses was to “please God.”

“I thought I had to wear only skirts and dresses to please God,” she said. “And if I step outside of what I think is expected of me, I would think God’s going to be so displeased with me and it could bring harm on myself.”

Vuolo, 29, along with her 18 siblings grew up following the Institute in Basic Life Principles.

The nondenominational Christian organization, which was established by Bill Gothard in 1961, has been described as a cult.

Followers are told they should dress modestly, stay away from dancing and much of popular culture. Women of the movement are also told they should never question their husbands and always obey them.

While Vuolo appeared on 19 Kids & Counting as well as Counting On before it was cancelled due to Josh Duggar’s arrest, Vuolo had already begun questioning the organization and its teachings.

“I wanted to see if the convictions I’d always held were true. I wanted to examine why I believed what I believed, and if those beliefs were supported by the Scripture,” she wrote in The Hope We Hold: Finding Peace in the Promises of God.

She added that she wanted to follow the Bible, but while searching the Scripture, she never found anything specific about forbidding women from wearing pants.

“My mom had always dressed us girls in skirts and dresses, a standard that was taken from Deuteronomy 22:5 (ESV), which says, ‘A woman shall not wear a man’s garment,’ and I never really questioned it,” she said. “Modesty was a huge topic in our house, and we believed that wearing skirts instead of pants was a central part of being modest.”

Even with this new knowledge, she still found it difficult to take the initial step and break free.

“Still, I struggled with believing something that was different from my family. I knew they deeply cared about their convictions, and I didn’t want to hurt them now that I didn’t share those convictions.”

In 2017 Vuolo separated from the organization.

Lots of conversations were had when she started making changes in her life, and while even to this day everyone doesn’t always see eye to eye, Vuolo said as long as they talk about it and agree to disagree that’s fine with her.

I’m so glad she did her own reflecting and discovered the organization did not align with her beliefs.

It is scary what can happen when we’re part of a group that’s considered a cult.