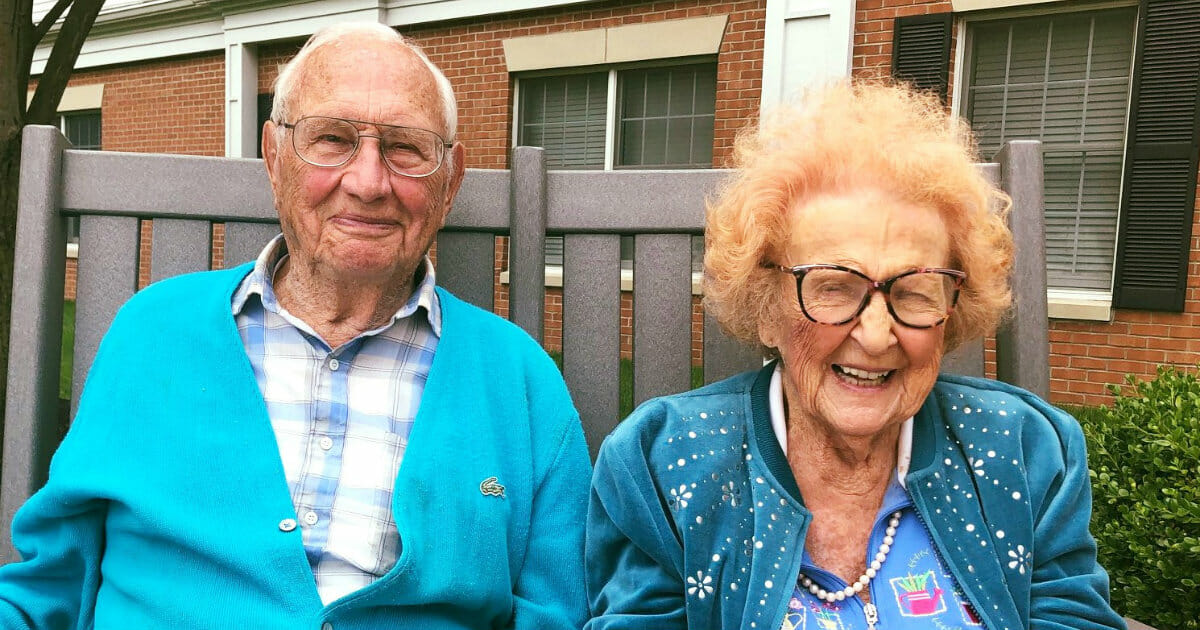 A couple meets, falls head-over-heels in love, and only months later they’re at the courthouse tying the knot.

It’s a familiar story—except in this case, we’re not talking about a young starry-eyed couple. Instead, it’s two seniors, both over 100 years old.

John and Phyllis Cook are both residents of the Kingston Residence, a senior care facility in Sylvania, Ohio. With their apartments just a floor apart, they found each other and formed a strong connection.

“Well, we were just compatible in a whole lot of ways, found ourselves enjoying each other’s company,” said John, a 100-year-old WWII veteran. They were both widows, having each been married twice before.

Congratulations to the newlyweds! John and Phyllis met while living at Kingston. At the young ages of 103 and 100 years…

Posted by Kingston Residence of Sylvania on Friday, 28 June 2019

But their quality time together goes beyond playing Bingo. When asked what their favorite activity to do together was, John replied: “Well, I probably shouldn’t talk about that.”

Phyllis, however, was more candid:

“He’s not completely dead sexually and neither am I!” Phyllis told KHOU 11. But she had her morals to consider: “I just don’t believe in hopping in bed as a Christian unless you’re married.”

So John agreed to make an honest woman out of her, and they headed to the courthouse for a marriage certificate.

Little did they realize they’d leave the courthouse as man and wife.

“It wasn’t the plan, but we got here and they said we could marry you here,” John told WNWO.

He couldn’t wait for married life to begin, clearly: “I said ‘good, let’s get it over with.'”

The couple can look forward to many happy years together. Despite their ages, they might have some good genes going for them: Phyllis’ mother lived to be 106.

It’s a story that proves that you’re never too old for a new romance and a new beginning.

That said, the couple still knows the importance of having your own space, and Phyllis says they’re each keeping their own apartment. Why rush things?

Wish the couple a long marriage! Share their heartwarming story!