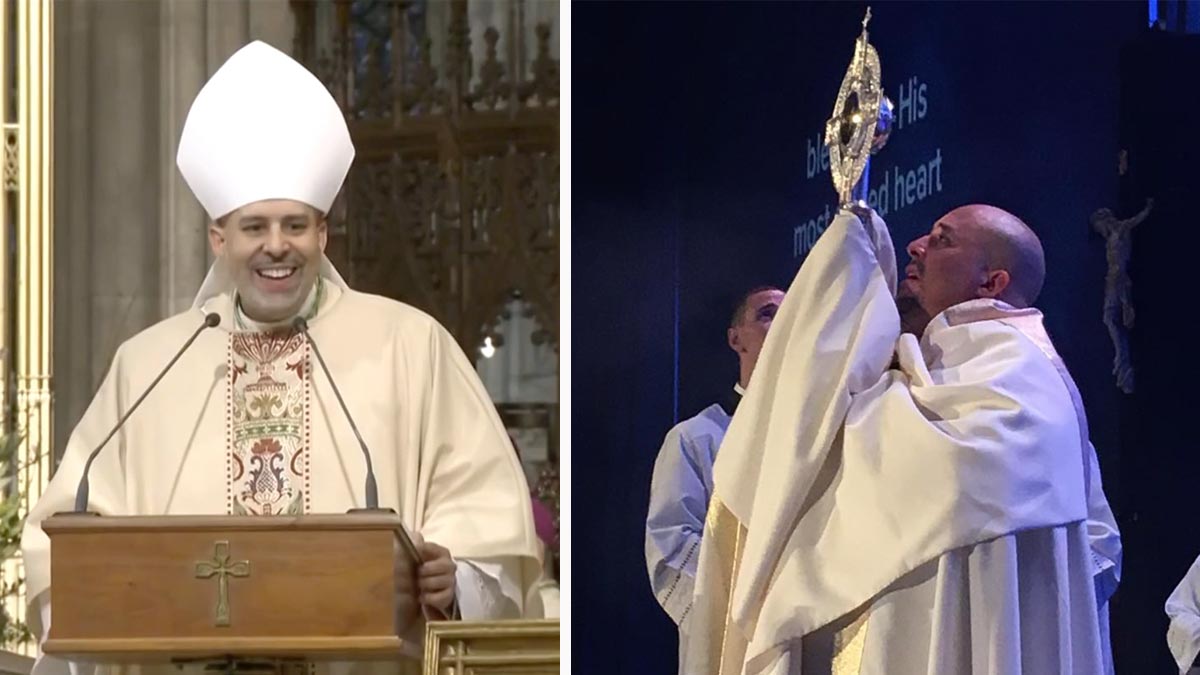 You may not be familiar with his name at the moment, but no doubt you’ll be hearing the name Joseph Espaillat sooner or later because he is making history.

Espaillat, who was born and raised in the Bronx, attended Fordham University, also in the Bronx, where he graduated with a degree in philosophy in 1998.

Following the completion of his undergraduate studies he went on to pursue his ecclesiastical studies at Saint Joseph’s Seminary & College, according to a press release from the Vatican.

He was ordained a priest in May 2003 for the archdiocese of New York. Since being ordained he has held numerous positions across the five boroughs.

But he wasn’t always set on becoming a priest.

Espaillat told Al Roker on TODAY that he first got the idea in high school, and then he went through an “intense spirituality year” following his graduation from college.

When he was a parish priest he came up with the idea of rapping to better engage his congregants.

“There was a talent show at this parish, Our Lady Queen of Martyrs, and a couple of the young boys wanted to rap, but you know these secular songs and they had a lot of bad words in them,” he said.

He said he’s simply mirroring the way that Jesus taught his followers.

Espaillat was named auxiliary bishop by Pope Francis, and during his ordainment which was held in March at St. Patrick’s Cathedral in Manhattan he joked that he almost didn’t answer the call.

“I, too, would like to publicly apologize because he called me six times and I thought I owed him money. And when I said, ‘Is this a joke?’ in his French accent he goes, ‘No, it is not a joke!'”

His ordainment means he is also the first Dominican bishop in New York.

What do you think about Bishop Joseph Espaillat’s modern approach to Catholicism?