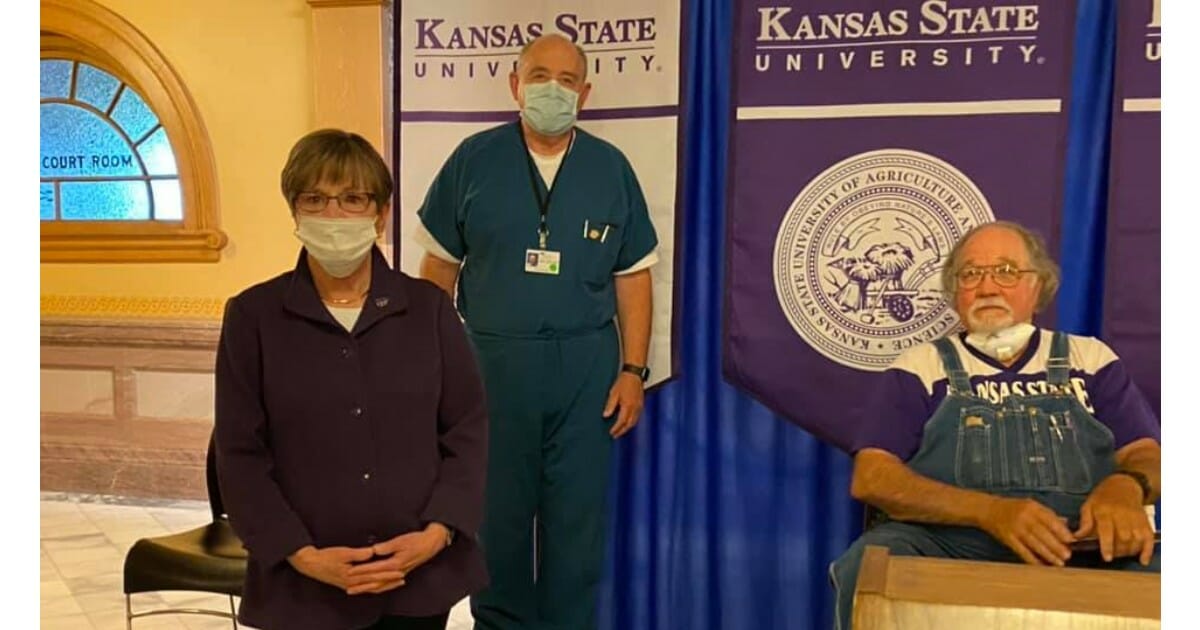 When Dennis Ruhnke wrote a letter to New York Governor Andrew Cuomo he never expected him to open it, much less read it during one of his press conferences.

But the New York governor, who many have turned to during the pandemic, read Ruhnke’s letter and thanked him for enclosing a coveted N95 face mask.

Now, Ruhnke is being recognized again, this time by the university he attended, but never graduated from because at the time he believed he needed to return home and take care of his family’s farm.

“He epitomizes the kind of character that most of us Kansans would be proud to have and think we do have, but he acts on it,” Myers said at the small ceremony.

Those who were in attendance practiced social distancing and wore masks.

Ruhkne left K-State in 1971 because his father died. He was two credits away from earning a degree in agriculture, but felt it was best for his family if he left and help with his family’s farm.

“It’s having each other’s backs, it’s choosing to take risks, recovering from defeat, and winning with humility,” she said. “It’s about embracing challenges together, it’s about family.”

Ruhkne even received a congratulatory call from Cuomo.

“You know Dennis, what you did was so genuine and so generous,” Cuomo said. “You know, obviously you had no idea that it was going to go anywhere and that’s what made it special.”

The retired farmer, who is welcome to attend K-State’s graduation when it’s safe to do so, thanked those who have helped changed his life. He also offered a little advice for those asking how they could make a difference during the pandemic.

“Just pay it forward as much as you can afford to do so to honor all those who have lost their lives,” he told KSN.

Congratulations, Dennis! You really are an inspiration! Share this story on Facebook to inspire others to pay it forward.