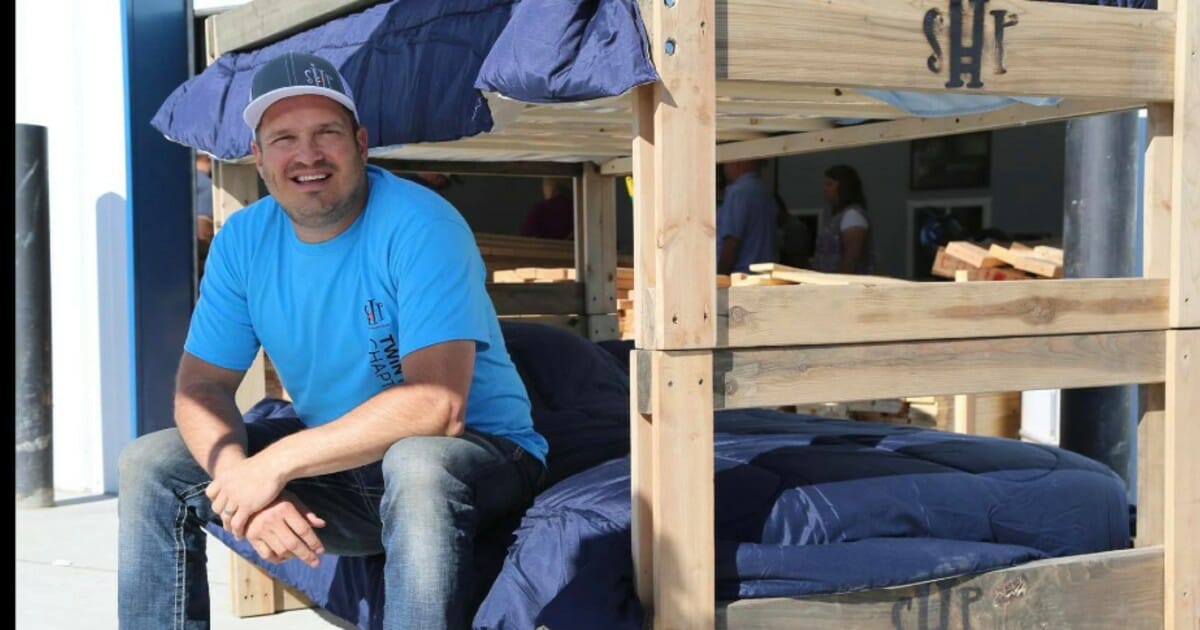 When thinking of helping out a person or family in need, we often search for something to buy them or offer a monetary donation.

Rather than take the easy route out, Luke Mickelson decided to challenge himself and build what he intended to donate. His donation? A child’s bed.

Little did he know that the first bed he built would lead to many more donations and a national nonprofit.

In 2012, Mickelson learned there was a family in his community that needed help.

“This little girl had a nest of clothes, it looked like a little bird’s nest,” he told CNN. “And that’s what she slept on, that’s what her bed was.”

He soon learned that this problem, children not having a bed to sleep on, was more widespread than he thought.

“I had no clue about what the need was,” Mickelson said. “There’s kids next door whose parents are struggling just to put food on the table, clothes on their back, a roof over their head. A bed was just a luxury.”

Mickelson used his daughter’s bunk bed as a template and followed the proper safety guidelines and in the first year he successfully built 11 beds with the help of family and friends.

He eventually created a nonprofit, Sleep in Heavenly Peace, which provides volunteers with all the tools they need to build beds for children in communities across the country.

But while the increased production meant more children were receiving beds to sleep on, Mickelson had to choose between his full-time job of 18 years and growing his charity.

“It just came to a point where I could see that my passion really is helping these kids,” he told CNN. “It was gratifying to see my kids and my family be involved with it and help them learn the value of service, but also seeing everybody else feel and see that joy from helping kids get off the floor. It’s contagious.”

Mickelson said he was offered a job at another company, but he had to take a “huge pay cut,” but it didn’t matter to him because it allowed him to work on his passion.

Each time a child receives a bed Mickelson is reminded of why he left his longtime career.

Choosing to leave a job is not an easy decision, especially when it could come with a pay cut. But for Luke Mickelson the decision was an obvious one.

Because of Luke’s generosity thousands of children have received a bed and even more volunteers have signed up to help with one of over 100 chapters spread across 39 states.

Share this article to help spread the word of Sleep in Heavenly Peace.