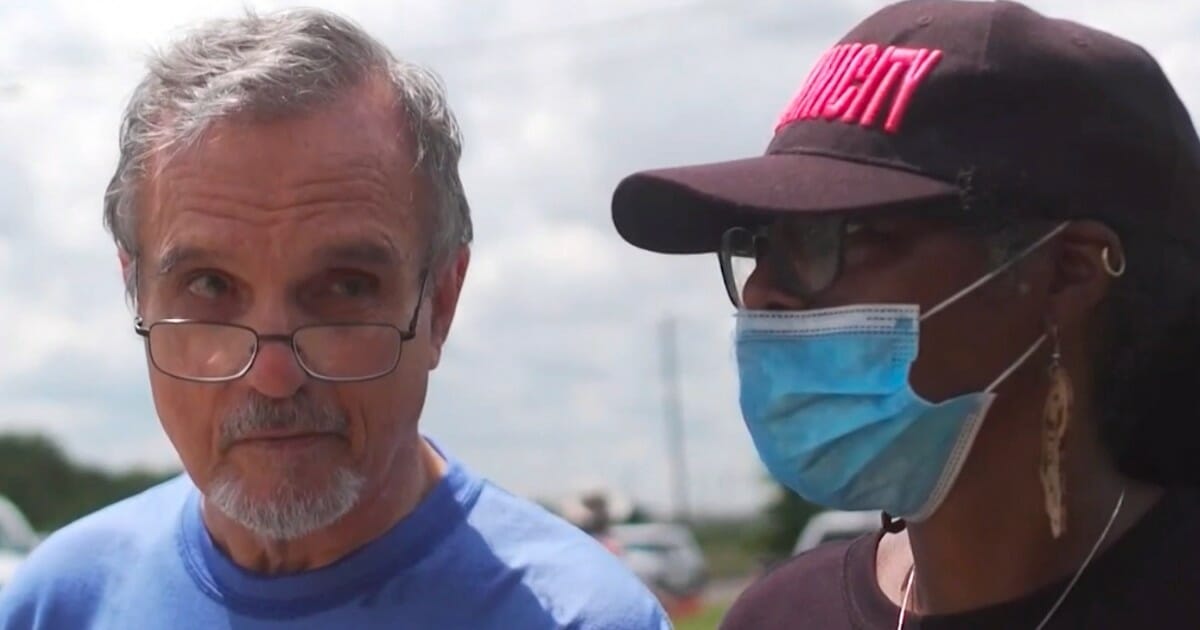 Following the death of George Floyd and days of protests, many have taken the opportunity to look within and begin to educate and re-educate themselves on racism.

In addition to reading books and listening to those who have been oppressed for hundreds of years, many have also taken the time to reflect on their past behavior and beliefs.

“All my life they’ve looked down on black people,” Don Murray told WFAA about his family. “I feel sorry for them.”

“I had to be here for this because of my family.”

On Monday, the last of several public memorials took place for George Floyd in Houston, Texas.

Murray, a 79-year-old white man who lives in Austin, Texas, wanted to pay his respects.

The 79-year-old, who drove more than 100 miles and stayed in a hotel overnight, was one of thousands who passed through Fountain of Praise church in Houston to pay respect to George Floyd.

When he arrived, he parked at a Home Depot less than a mile away from the church and began walking towards the crowd already gathering. As he walked across the parking lot with a cane in his hand, Quinn Richardson, a Black woman, came up to him and helped him to the church.

They had never met before, but they stayed by each other’s side the entire time.

“We are friends,” he replied.

“That man right there is remorseful,” Richardson said after she was able to get a police officer to give him a ride back to his car. “How many other people feel like him – like their family members are racist and they’re holding it in?”

Stories like this are proof that just because your family has one set of beliefs doesn’t mean you have to believe them too.

We are currently in the middle of what will be a very important part of history, and it is up to each one of us to make the right choices so those who come after us can live a better life.