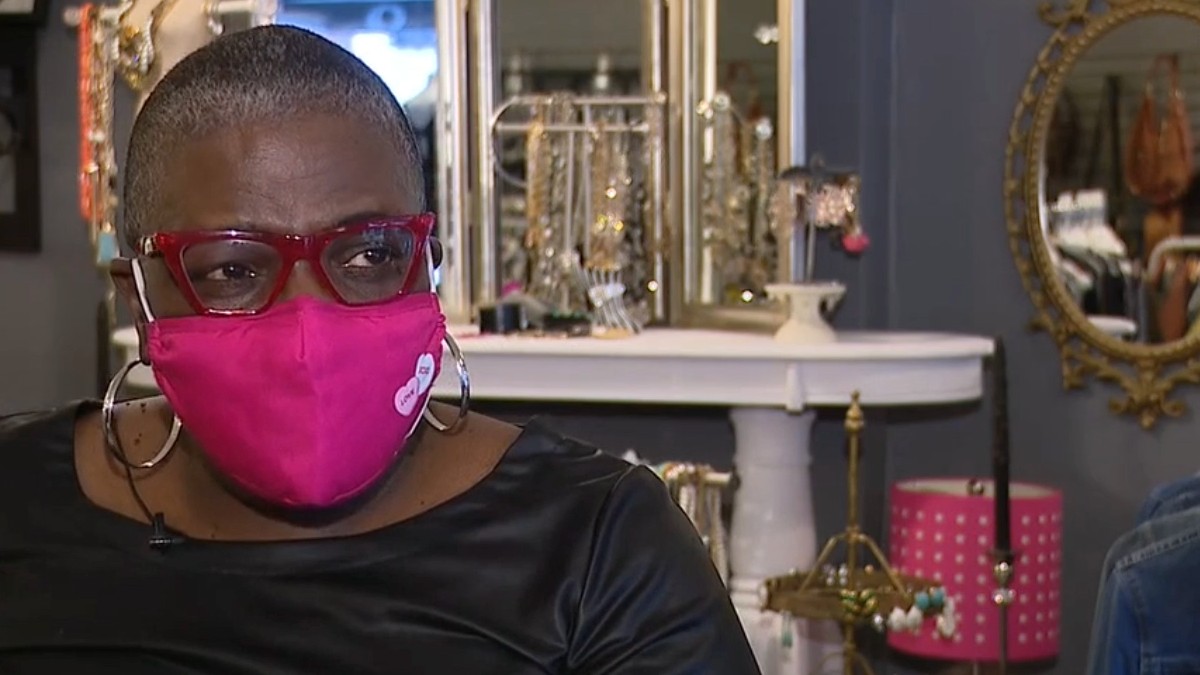 No charges will be filed against a man who has been accused of hanging a Ku Klux Klan flag in a window that faced directly towards the home of a Black neighbor.

According to Wayne County Prosecutor Kym Worthy, the act, while “despicable, traumatizing, and completely unacceptable” was “unfortunately in my view, not a crime.”

The incident occurred on February 15 when Je Donna Dinges witnessed a KKK flag hanging on the inside of her neighbor’s window.

The KKK is one of the oldest hate groups in the United States.

“I was furious. How dare he feel comfortable putting a symbol of hatred, violence and domestic terrorism at his window facing my house?” she told the Detroit Free Press.

Dinges called the FBI because calling the police after previous incidents with the same neighbor led her nowhere.

Unfortunately, her call to the FBI wasn’t as successful as she had hoped because there wasn’t a direct threat, so she called the Michigan Attorney General’s Office, but had a similar result.

Finally, she reached out to the media.

“It happened fast, less than an hour, these two detectives came out, and they went over there (neighbor’s house),” she said. “The girlfriend (of the male tenant) answered the door. She told them that she was upset that we had put a camera on the window sill. She didn’t know what we wanted to capture.”

Dinges explained the reason for the cameras, which capture the perimeter of her home were put in place after a full gas can was placed in her recycling can.

While the flag was removed, the damage had already been done.

And it was only made worse after the prosecutor’s office said no crime had been committed.

There is absolutely no question that what happened to Ms. Dinges was despicable, traumatizing, and completely unacceptable, but, very unfortunately in my view, not a crime. The KKK flag, while intending to be visible to Ms. Dinges, was hanging inside of her neighbor’s house. We could not even begin to charge Ethnic Intimidation under current Michigan law.

According to Michigan’s Ethnic Intimidation Statue, there needs to be “physical contact, damage, destruction, defacement of property, or threats” in order for a crime to have taken place.

While Dinges is upset over the outcome, she is glad that Worthy suggested Michigan law needs to change.

“Although I appreciate the prosecutor’s office and how effectively they went through every aspect of this case, I’m disappointed in the outcome.”

“I think she hit the nail on the head,” Dinges said. “This was an act of intimidation, an act of aggression, an act designed to elicit fear in myself and my Black daughter.”

What are your thoughts? Should the neighbor have been charged with a crime?