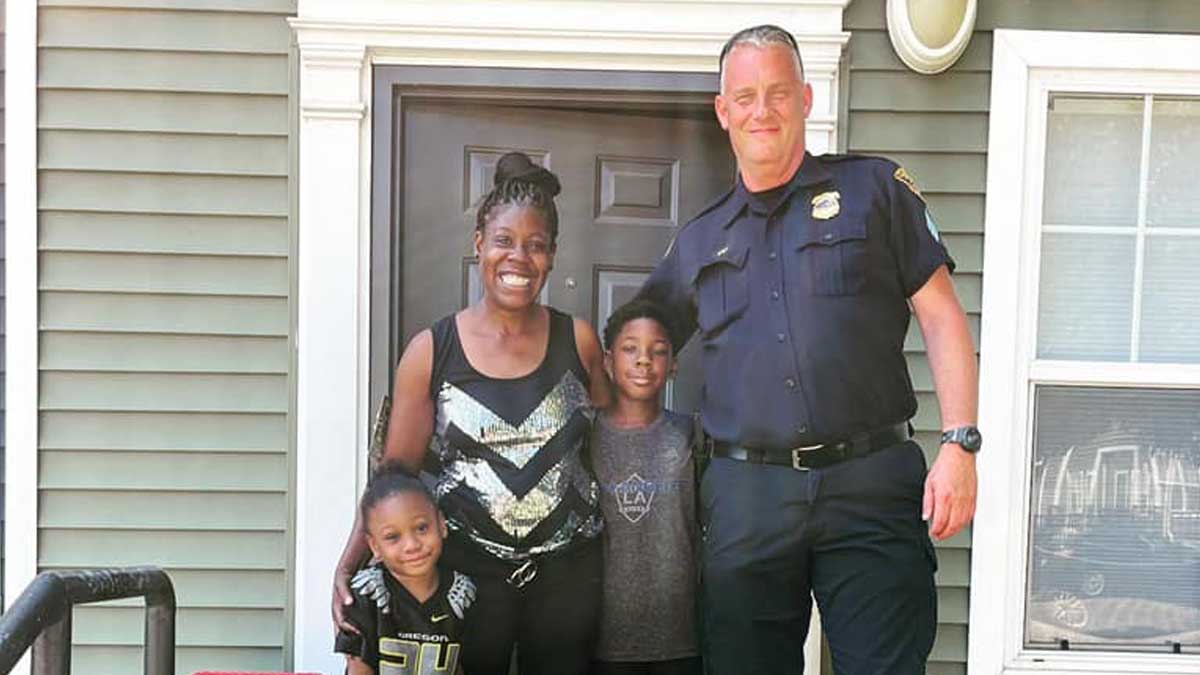 A Cleveland mother is being credited with saving the life of a police sergeant after he fell unconscious during a recent community event.

According to doctors, Sgt. Ray O’Connor would not be alive had it not been for the quick-thinking of Tomika Johnson and O’Connor’s colleagues.

The frightening incident took place August 20 during a back-to-school event where local police hoped to engaged with the community’s youth.

During the festival, while O’Connor was playing with some kids he was stung by two bees.

He immediately approached his partner Officer Brooklyn Barnes and informed her. O’Connor also alerted her that not only was he deathly allergic, but he forgot his EpiPen back at the 4th District.

Barnes and an officer from the 3rd District carried O’Connor to a police cruiser and began rendering first aid.

Meanwhile, Johnson, who had witnessed the incident, ran home to retrieve her son Zaire’s EpiPen. When she returned she offered it to Barnes who immediately administered it to her partner.

Although O’Connor remained unconscious, Barnes and the other officer rushed him to the hospital where he received treatment and remained in the ICU for observation.

“Doctors explained to Officer Barnes that the epi pen that was provided by Ms. Johnson and quick response by all, saved his life,” the 4th District shared on their Facebook. “Ms. Johnson’s quick thinking, fast response and concern for this officers well-being demonstrated a high regard for human life.”

After O’Connor was released from the hospital he and Barnes went to meet Johnson and her children.

They arrived with gifts, as they learned Johnson’s 10-year-old son the one who shared his EpiPen, recently celebrated a birthday.

The 4th District plans to further honor Johnson and Zaire in the beginning of October with their city’s Citizen’s Award.

“The above story proves that with the help of the community, lives can be saved.”