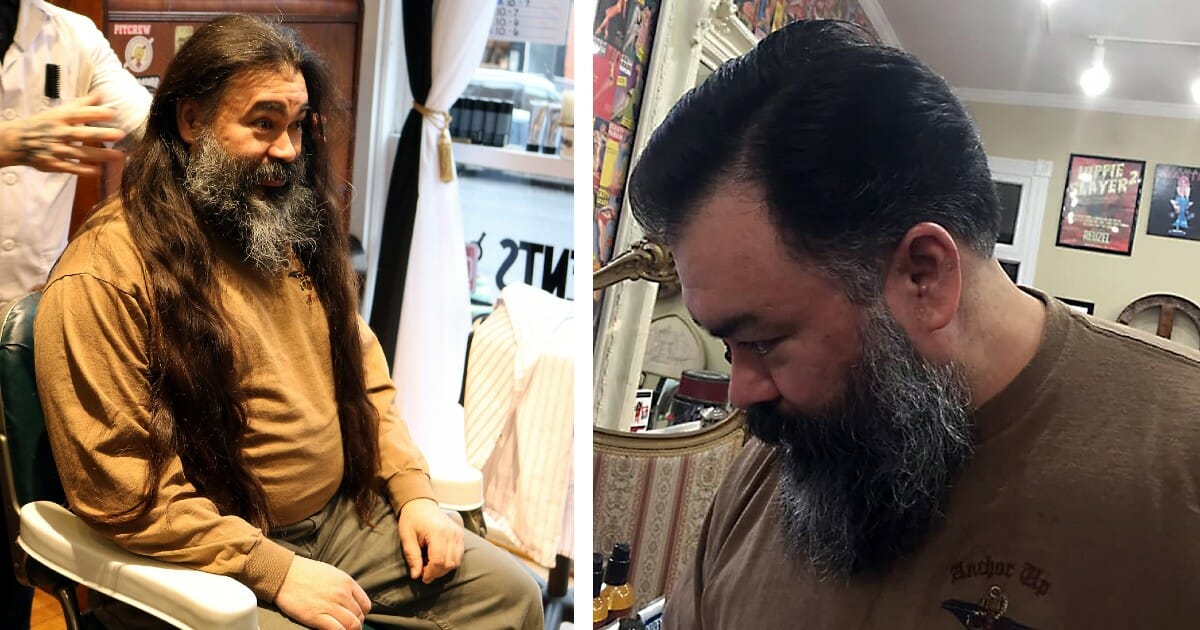 When Fernando Trujillo was in the Navy he had to cut his hair often or else he ran the risk of violating the Navy’s grooming standards. But after he retired from a 24-year career in 2014, he decided to let it grow.

“I just decided to let it grow; one less expense,” he said, according to a press release. “In the military, I pretty much had to get my haircut every two weeks to stay within regulations.”

But he wasn’t just letting his dark locks grow because it would be cheaper, he wanted to donate his hair to cancer patients.

In 2012, prior to his retirement, Trujillo felt a bump on the roof of his mouth. He went to his dentist who sent him to a specialist for a biopsy. The bump turned out to be salivary gland cancer. Trujillo received treatment and recent biopsies revealed no sign of cancer.

Fast forward eight years and Trujillo was faced with a slight issue. His brother, a National Guardsmen in New Mexico, asked him to take part in his pinning ceremony. However, in order for Trujillo to take part and wear his uniform, he would have to cut his hair, which after six years fell below his waist.

“I’ve lost some friends and family over the years and also had some acquaintances that have had battles with cancer who lost their hair going through radiation,” he said. “I figured my hair would be something that someone could benefit from.”

Prior to his brother’s pinning ceremony, Trujillo visited a barber and cut off 28 inches of hair. He left the barber with seven ponytails and hope that someone would be able to benefit from his donation to Hair We Share, a charity in New York that makes wigs for patients who have lost their hair.

“If it helps somebody feel a little bit better and not have to worry about people staring at them, I’m happy for them,” he told TODAY.

Can you imagine? Twenty-eight inches of hair is incredible. Thank you Fernando for your wonderful donation.

Share this article to thank Fernando for helping other cancer patients and to inspire others to donate their hair.