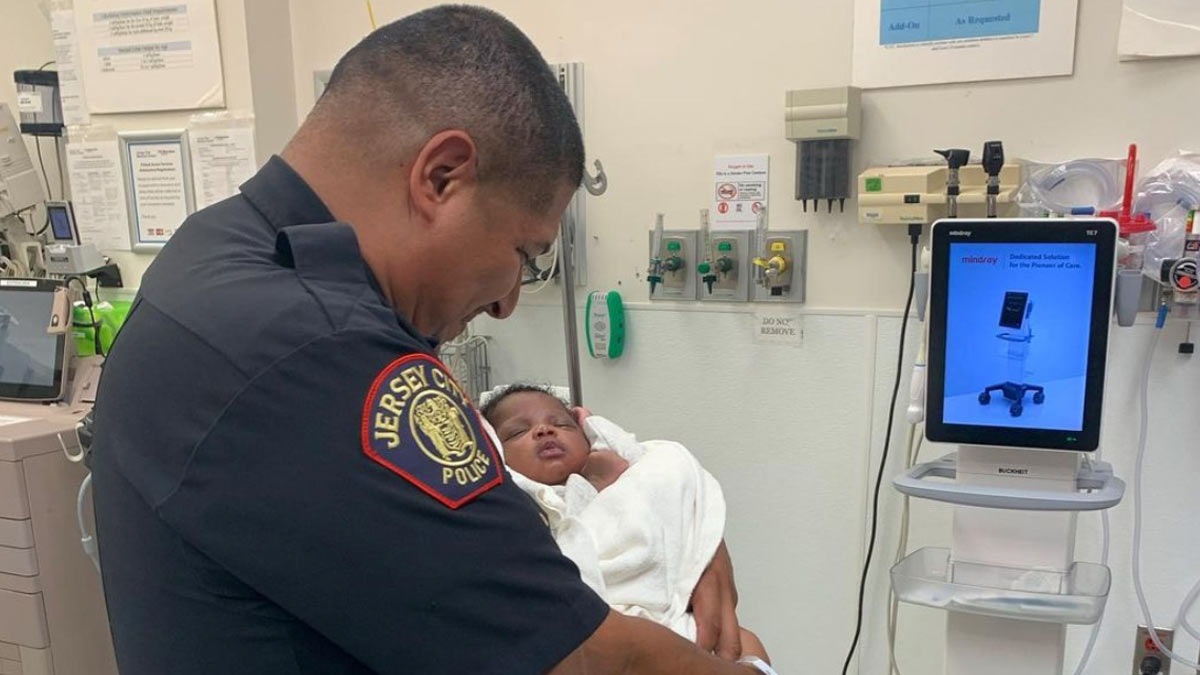 A New Jersey police officer is being praised after he caught a 1-month-old baby who fell from a second floor balcony Saturday morning.

According to authorities, Jersey City police responded to a call of a child in danger, and when they arrived they found a man threatening to throw a 1-month-old baby over a balcony.

A perimeter was set up around the building so police could negotiate with the man, but “eventually the man did throw the one-month-old baby from the second story of the building,” Jersey City’s mayor Steven Fulop said, according to CNN.

Miraculously, the baby was unharmed, though they were taken to a nearby hospital as a precaution.

The man was arrested and charged with attempted murder, aggravated assault and endangering the welfare of a child, according to Jersey City spokesperson Kimberly Wallace-Scalcione.

“Kudos to the JCPD and all the officers involved for their heroics and for bringing a safe conclusion to this dangerous situation,” Hudson County Prosecutor Esther Suarez said in a statement, according to NJ.com.

Thank you Officer Matute for catching the child! You saved their life!