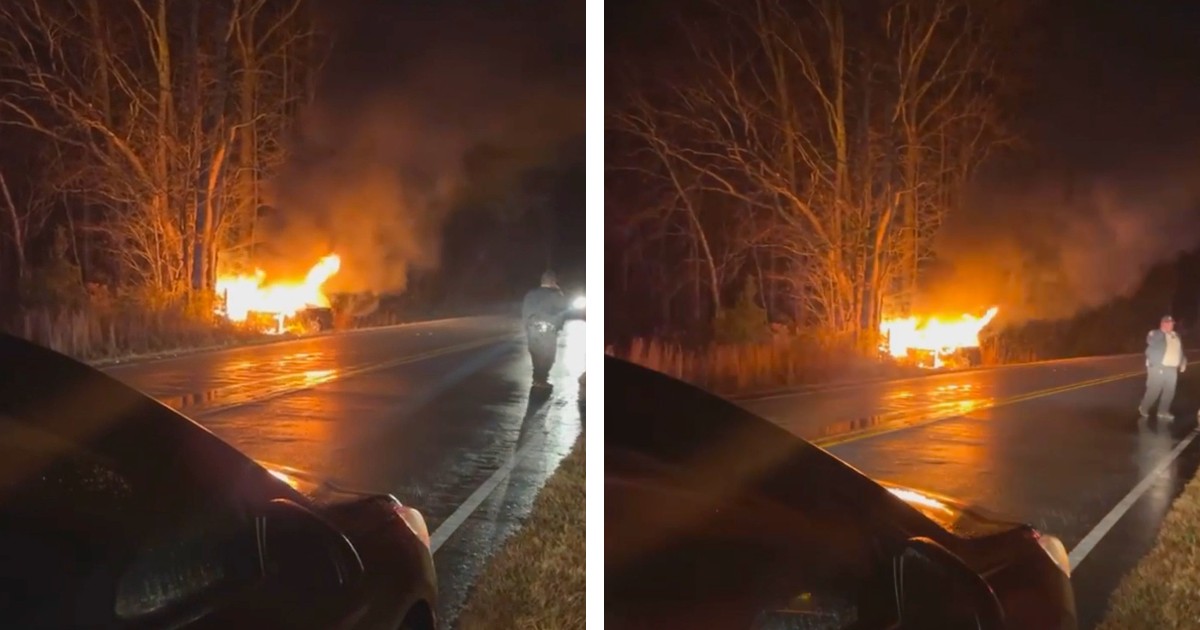 A recent college graduate is being hailed a hero after he came to the rescue of a North Carolina deputy on New Year’s Eve.

The 22-year-old, his girlfriend, and his cousin were on their way to his parents home around 7:30 p.m. on New Year’s Eve when they witnessed a police cruiser, responding to a call, lose control.

“All of a sudden, he just veered off to the right,” Keemer told WITN. “It looked like as if he parked the car fast or something, cause we were still further back.”

His girlfriend, Akyia Stephenson, pulled over and the three rushed to help.

Keemer heard the deputy yell for help – he had broken bones and was unable to get himself of his car.

“So he couldn’t move, so he told me to [grab him] and I pulled him out and we fell into the ditch. And as soon as we touched the ground, that’s when the car burst into flames.”

While they waited for an ambulance, the deputy’s vehicle burned and bullets that had been inside popped from the extreme heat.

The deputy, whose name has not been released, was taken to the hospital where he was set for surgery.

“I had a lot of fear in my heart [when it happened],” Keemer said. “At the same time, I knew I couldn’t let the fear take over my actions. I knew my actions was more important than what I was feeling at the time so I was afraid definitely, but I just knew it was important to make a move now because I knew a fire was about to break out.”

“I tell people I was only doing what God put me in position to do!” he said.

Thank you to Dajour Keemer, Akyia Stephenson, and Rashid Lee for stopping and saving a man’s life. If it wasn’t for them who knows what would have happened.

Share this to praise these young adults for their heroic actions.