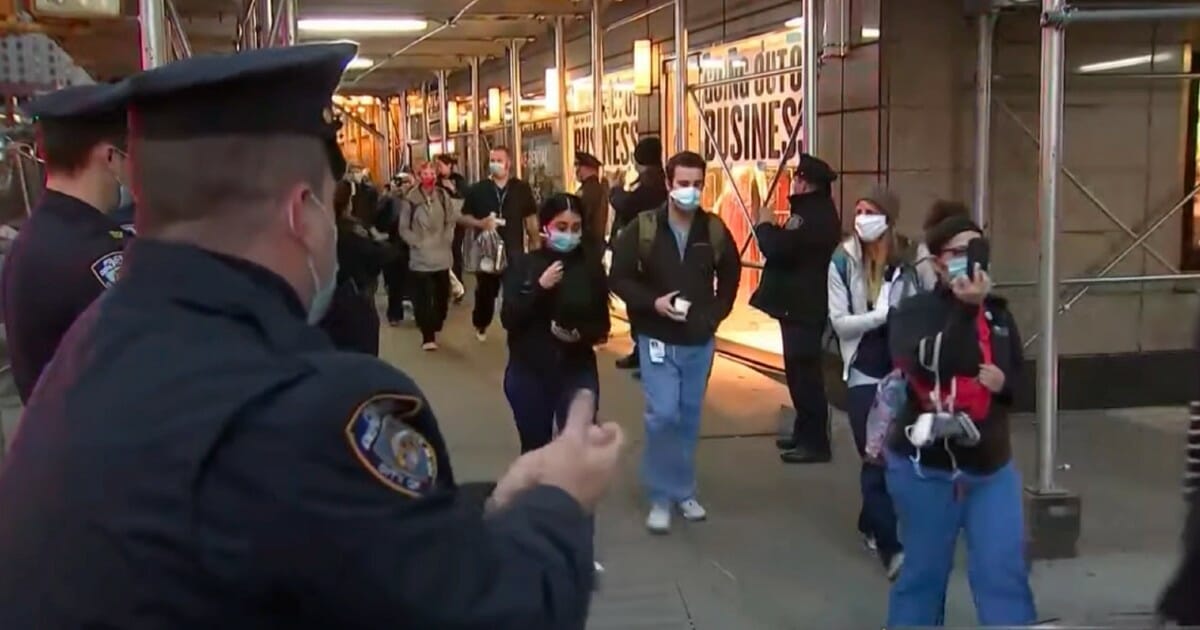 When it became clear that New York City was going to need all the help it could get to fight COVID-19, officials put out a call asking for volunteers. According to reports, in the beginning of April, 82,000 healthcare workers signed up to help New York fight the deadly virus.

Now, months after the first positive case was discovered and there are signs that New York is past the peak, some of those volunteers are going home.

As out-of-state healthcare workers marched through the streets of New York, NYPD officers gave them a round of applause to thank them for volunteering their time and giving up their lives back home to fight COVID-19 in one of the hardest hit areas in the United States.

Hazel came to New York City from Columbus, Ohio where she left behind her eight-month-old baby, and while she’s happy to be able to reunite with him, she said she’d gladly volunteer again.

To the healthcare volunteers who are heading home from New York City, thank you. You selflessly chose to leave your families and report to an area that was in need of dire help. New York could not have done it without your help.