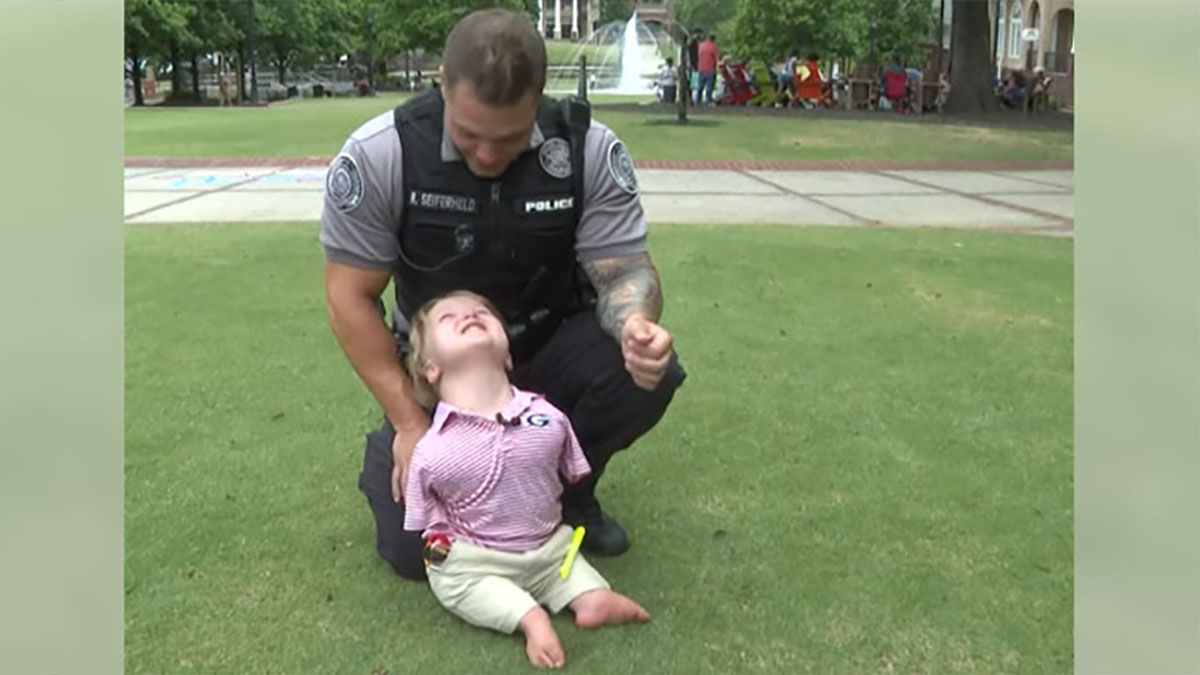 Harrison Humphries was born with no arms or leg bones, but this hasn’t stopped the 6-year-old Georgia boy from wanting to become a detective.

Veteran officer Rolf Seiferheld from the Duluth Police Department met the mighty Harrison on a downtown patrol a few months ago and the two have formed a strong friendship.

Harrison told the officer he wants to work in law enforcement to “help people get better,” reported 11 Alive.

It’s the same reason Seiferheld enrolled to be an officer: “Be kind, and treat people how you want to be treated. Show them the respect they deserve,” he told the news outlet.

After the two discovered that their views on law enforcement aligned, Officer Seiferheld decided he wanted to mentor the young boy to help him achieve his dreams.

Now the two meet every Friday during the officer’s downtown patrol — and they both agree it’s the best part of their week.

While the officer talks to Harrison about what life in law enforcement is like, the 6-year-old takes inventory of the officer’s kit.

Harrison’s mom Tara praised the big-hearted officer for taking time out of his week to coach her son to help achieve his dream.

“Not many people will take the time or sometimes they’re scared,” she told 11 Alive News.

She says her son is one determined young man and when he puts his mind to something he usually achieves it.

Harrison was born without arms, and without his hips, fibulas and femurs; doctors told his parents he would never be able to walk, feed himself, or do anything, his mom said.

Turns out he can do everything himself, just using his feet instead of his hands.

“So he brushes his teeth, his hair, tries to get himself dressed,” Tara said.

“He wants to be a detective, or the head police in charge.”

Now with Seiferheld by his side she has no doubt her son will achieve his dreams.

“I think this is a relationship that can continue to grow, a partnership, which is what a community should be,” she said.

If this is the most adorable thing you’ve seen all day please share this story with your friends and family.