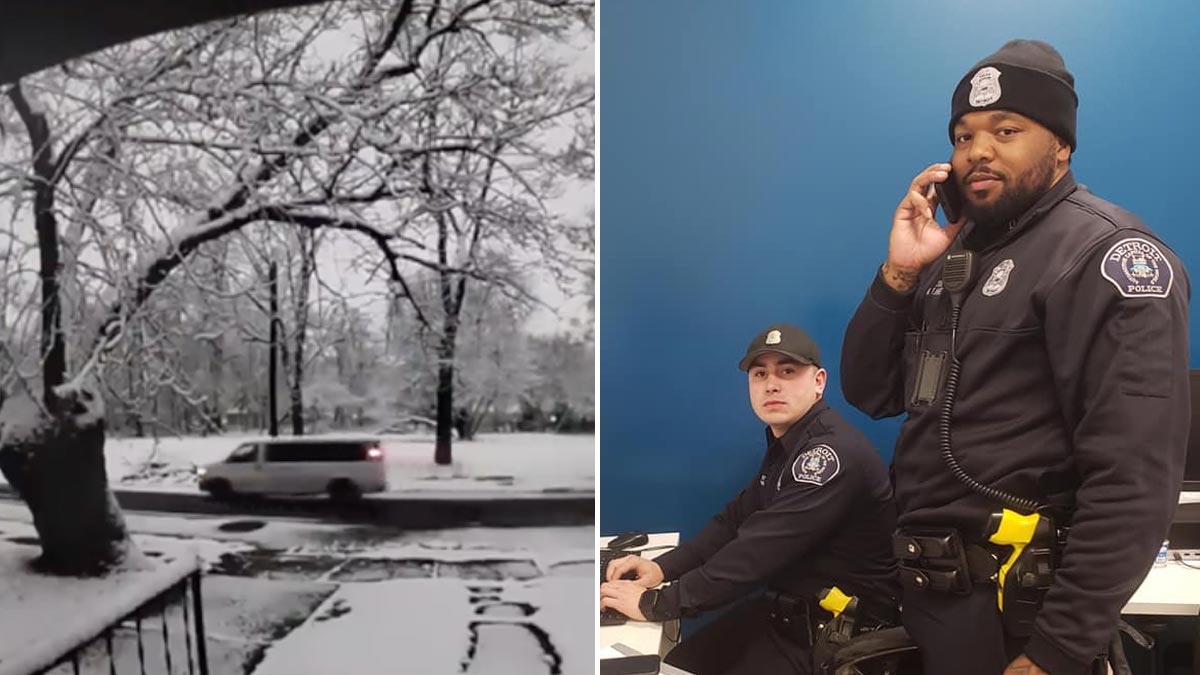 A woman failing to stop at a red light raised the alarm for two officers who witnessed it, but little did they know that stopping the woman would reveal an even greater crime.

Officers were suspicious when they stopped the woman, who was driving a white van, and saw four children in the back.

The children, ages five, seven, eight, and 11 were allegedly abducted on November 30, 2021 by 37-year-old Stephanie Marie Binder as they walked to school in Detroit.

Wayne County Prosecutor’s Office said Binder was driving a stolen vehicle and kidnapped the four children from the side of the road, per Yahoo News.

The youngest of the children had been enticed into the woman’s car and the older ones followed in an attempt to protect the 5-year-old.

The abduction was caught on a nearby doorbell camera, which is the only footage of the crime.

You can hear yelling as the woman tells the younger child to get into the van. The older kids didn’t want to leave their younger brother’s side so they went in the van with him.

Thankfully, the woman’s plan was foiled when she ran a red light and two quick-thinking officers stopped her.

Detroit police officers, Officer Parrish and Officer Flannel, were conducting a routine stop after noticing a large van speeding through a red light.

Binder is not related to the children, who were safely returned to their family.

Just before Christmas, the eldest of the children, was honored for remaining calm for his siblings and doing all he could to protect them. Community activists even presented the family with $3,000 to buy gifts for Christmas.

“Here’s a young man who took a risk and is getting a reward, and hopefully, that leaves an indelible impression on him to not be a bystander,” said Rev. Horace Sheffield III, of New Destiny Christian Fellowship.

This is such a shocking incident I dread to think what this woman had planned for these children.

Thank goodness these siblings stuck together and the officers were able to intervene. I hope this woman is never allowed near children again.