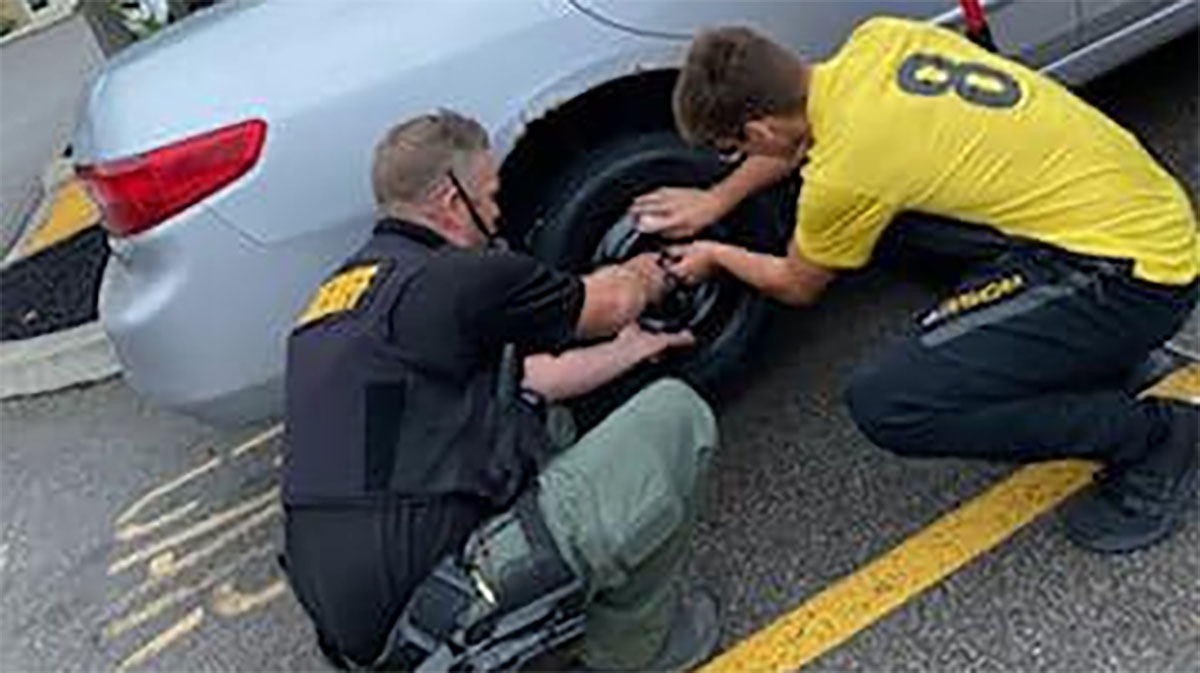 An Ohio teen learned a valuable lesson from a deputy when he found himself in his school parking lot with a flat tire.

The senior, who attends Franklin Heights High School in Columbus, found his car had a flat and tried to change it himself.

Thankfully, Deputy Dan Fahy, from the Franklin County Sheriff’s Office, came to the rescue but instead of changing the tire for him he taught him a valuable lesson.

Deputy Fahy guided the teen step by step on how to fix the flat by himself.

“Now, the teen will never find himself stranded and helpless on the side of the road,” the sheriff’s office wrote on a Facebook post, which has since attracted more than 2,000 reactions.

Student Dom Rose identified himself in the picture saying: “Deputy Dan has been an awesome figure at our high school and always helps us students in the best way he can.

“I didn’t even ask Deputy Dan for help, rather he saw me pulling out a jack from my friend’s car and saw an opportunity to help me out. It’s true that he didn’t do any work other than guiding me through the steps and telling me and 3 others, that weren’t in the picture, how to change a tire correctly.

“He does a lot more than what he is credited for and I want to thank him again for all he does for the students at my school,” he wrote in the comments section of the post.

What a great example of how so many of our officers go above and beyond the call of duty. Now four teens have learned a valuable life skill thanks to this officer.

Help us thank Deputy Dan by sharing this story.