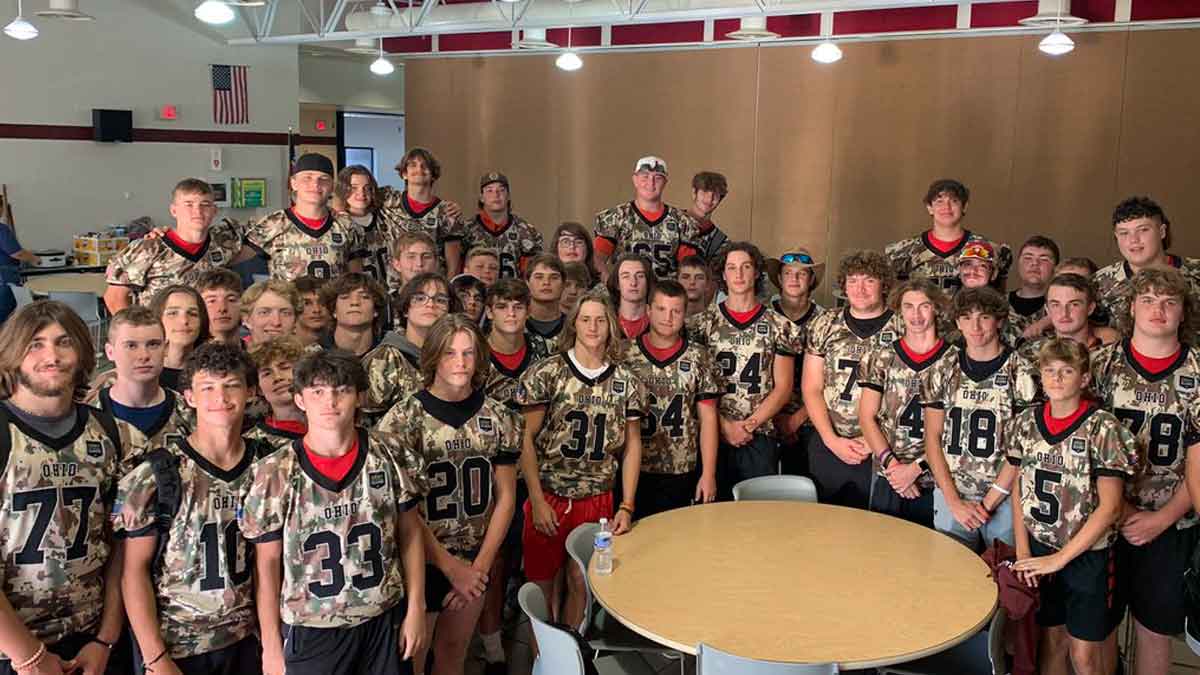 High school football teams in Ohio will be honoring first responders and military members to mark the 20th anniversary of 9/11.

Players across the state will be wearing camouflage jerseys to pay tribute to those who lost their lives that day and those who continue to protect us.

The symbolic jerseys are made possible with help from the Ohio National Guard.

More than 400 first responders died in the attacks with more than 2,000 having died due to 9/11 related illnesses since, and 55 military personnel were killed at the Pentagon in Arlington County, Virginia.

“We are honored to help communities pay tribute to the first responders and military members who have served or continue to serve since the attacks on 9/11,” said Maj. Matt France, commander of the Ohio Army National Guard (OHARNG) Recruiting and Retention Battalion.

‘It’s a pleasure and a privilege’

The jerseys are due to be worn by 17 teams on Saturday, September 11, as per WLWT5 News.

“We’re proud of our long-time partnership with the Ohio Army National Guard, and we’re excited about suiting up in camouflage again this year,” said Jerry Cooke, past president of OHSFCA.

“It’s a pleasure and a privilege anytime our coaches get to interact with the Guard, and we want our players and fans to recognize the value of the fine men and women who wear the uniform.”

Such a fitting tribute and reminder of those who lost their lives that day, we must never forget them.