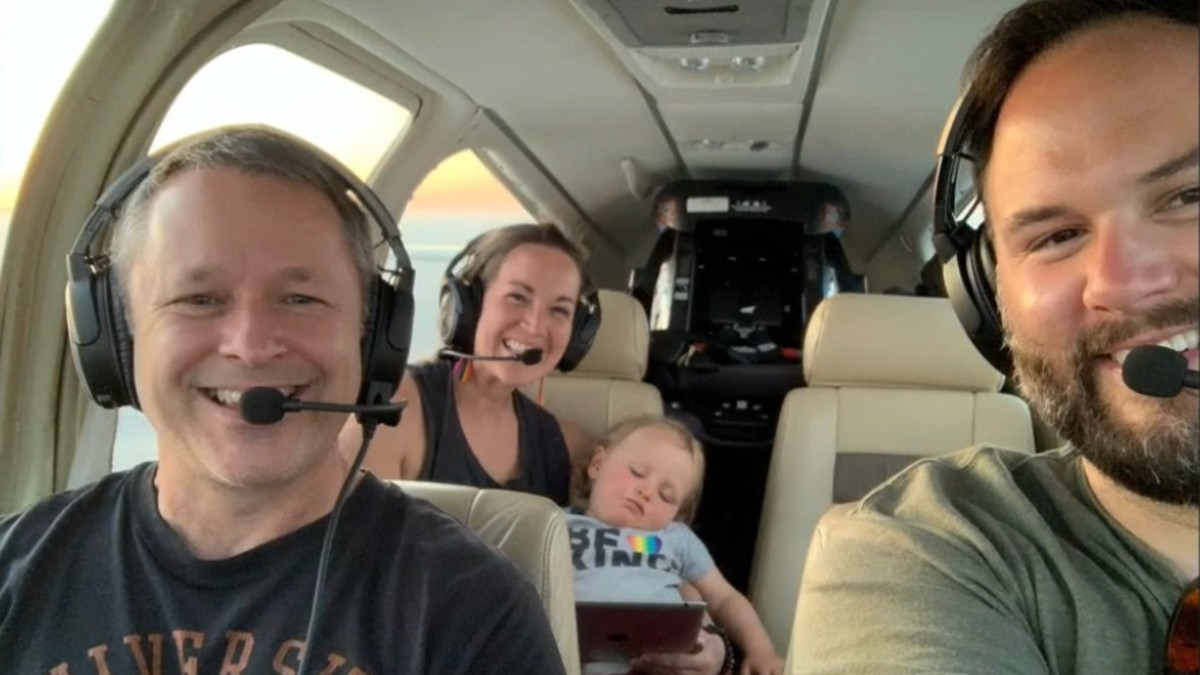 Ever since airlines began requiring masks on airplanes, we have seen numerous videos of passengers not complying and consequently getting kicked off.

Most recently, Erik Harvey and his family were kicked off a Southwest flight after his two-and-a-half-year-old son wouldn’t wear a mask on the flight.

But after posting a video of their situation on Facebook, Erik received an opportunity from an old friend that his family couldn’t pass up.

“The miracles will come to you, things will show up, and that Good Samaritan will show up.”

Erik, his wife Michelle and their son Jackson were on their way to visit friends and family in Austin, Texas from Denver, Colorado when their plans got derailed.

In a Facebook video, Erik said Michelle had purchased Jackson a mask two weeks prior to their trip and made many attempts to get him to wear it, but each time he took it off.

By some miracle, when it mattered most, Jackson decided to keep the mask on – until he didn’t.

A flight attendant passed by the family and noticed Jackson was not wearing his mask and informed them they would have to leave the flight if Jackson was unable to comply with the federal mask mandate.

Since Erik and Michelle were unable to get Jackson to wear his mask, they left the flight.

Erik shared his family’s experience on Facebook, and soon he heard from an old friend who was willing to lend a hand.

“I have a family of my own and it’s not impossible to get your kids to be awesome on a flight, but to get them to be able to keep a mask on the entire time has its challenges,” James Peck said.

James, who has a been a pilot for seven years, offered to fly Erik and his family to Austin and back in his twin-engine airplane.

“I just was floored. I just said [to my husband], ‘You know what, babe? I’m nervous, but I feel like turning him down would be rude like this is an opportunity,” Michelle said.

In a statement from Southwest Airlines, the airline said in part “We regret the inconvenience this family experienced on their recent Southwest Airlines trip. However, federal law requires all Customers two and over to wear a face mask while at the airport and onboard the aircraft.”

They stated they had reached out to the family to discuss the incident.

It’s upsetting to hear the Harvey family was kicked off their flight because Jackson wouldn’t wear a mask, but on the other hand it’s nice to hear how someone was willing to help them and for free!