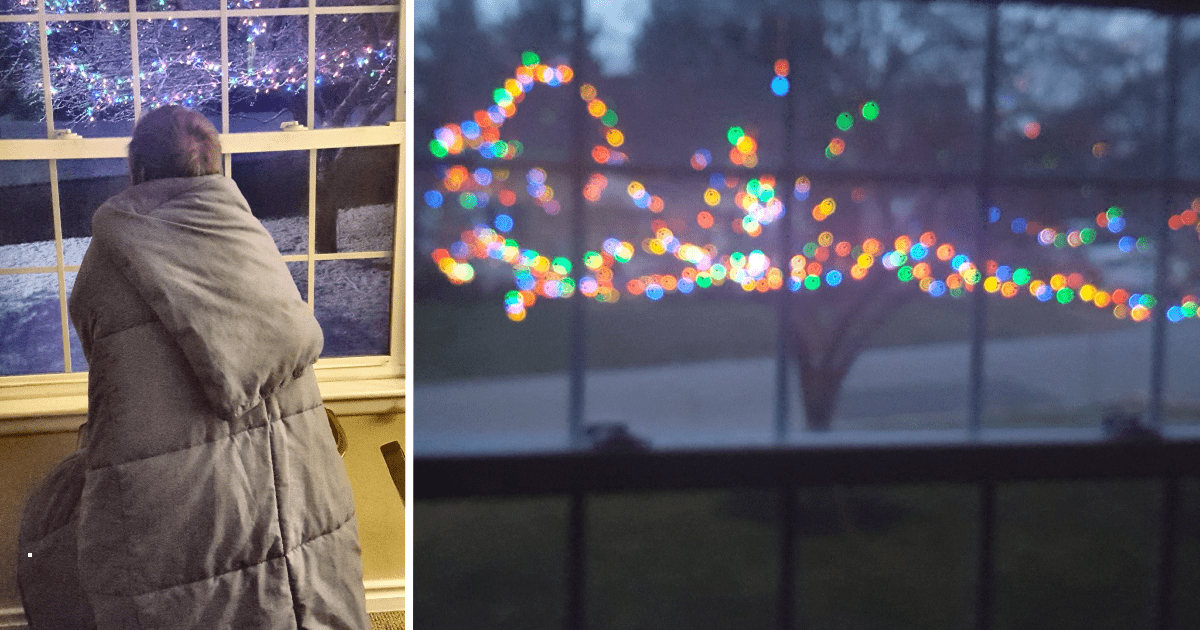 One Rhode Island family broke out their holiday lights in an effort to brighten their mood while they stay home during the COVID-19 pandemic.

Mike Griffin of Cumberland, Rhode Island said his youngest of his three sons was bored one day and asked if they could put some Christmas lights on one of their trees “to cheer us up.”

Griffin thought it was a great idea and strung a strand around a tree in their front yard.

The next day it snowed, which added just the right touch of magic.

“Truth be told, we still had our lights up, but some strings were blown out, so they went out yesterday and did the repairs to get them back and lit up,” Holly Griffin, Mike’s wife, told NBC 10 News. “We just decided that we’re going to put the lights on every night until this is over.”

Mike shared photos of the family’s Christmas lights on Twitter and a number of people praised him for the idea. One person even put their own display back up.

“If more people put lights, people can drive around. It gives them something to do that’s safe and not affecting other people,” Holly said.

And that’s what others are hoping too. Across social media there have been many people who have called upon others to join them in putting their Christmas lights back up until the worst is over.

Wouldn’t it be awesome if more people did this? Not only would it give people something to do, but it would be a sign of hope. Share this if you agree!