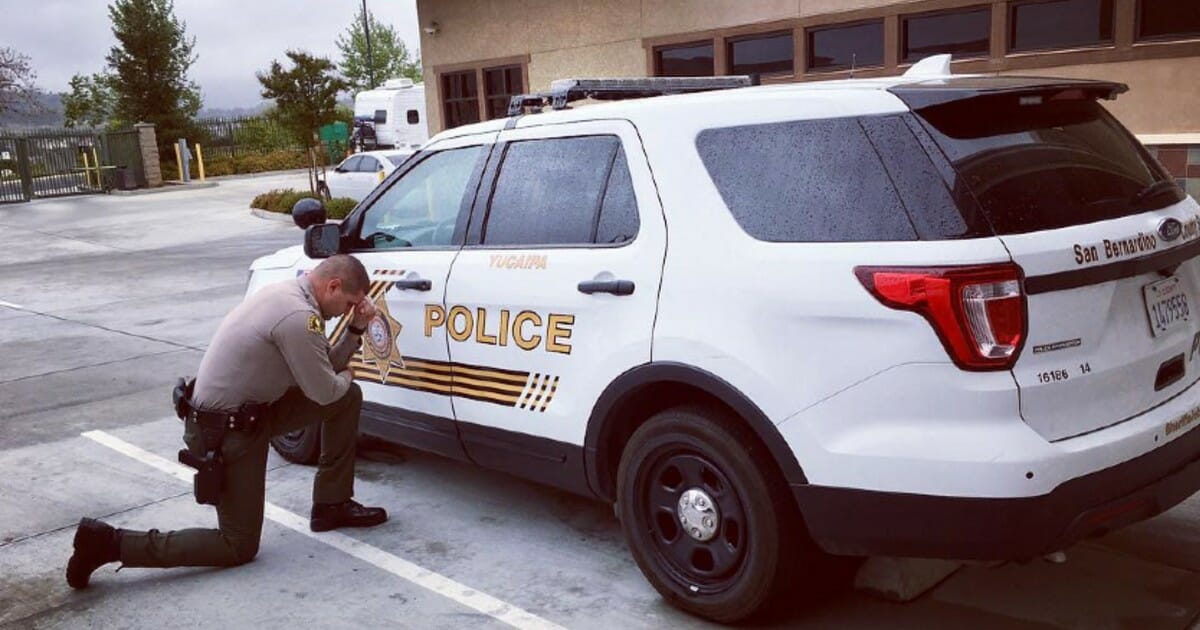 Every day police officers leave the safety of their homes and put their lives at risk to help other people’s families. It’s something that’s unique to their job, and something very few of us will ever understand.

“One of the hardest things about our jobs is that we don’t know if we will go home at the end of our shift; when we kiss our families’ goodbye that might be the last time,” Deputy David Wedge, San Bernardino County Sheriff’s Department, wrote on Love What Matters. “So before leaving, we hope for a safe return and a kiss is the only thing we can give them.”

Deputy Wedge began his career at a jail before transferring to Yucaipa Sheriff’s Station in San Bernardino County, California. He had only been working as a patrol deputy for about a year when one of his fellow officers spotted him praying before a shift.

“It was a mere expression of my heart, faith, and hope for not only my partners to be safe but for my safety as well so I may return home to my beautiful wife and two amazing children every day,” he wrote. “I wish this for every man and woman who puts on the badge.”

When the image was initially posted on Facebook, the San Bernardino Sheriff’s Department shared a bible verse along with the photo.

They later removed, “‘Blessed are the peacemakers, for they will be called children of God’ Matthew 5:9” from their post.

Some questioned separation of church and state, but the overall reaction was positive.

Several people said they wouldn’t mind if SBSD shared photos of other officers praying before their shift, while others offered their own prayers.

“One of the greatest things about this country we live in is the fact that while we are alive and breathing, we are free to pray and worship in the religion we believe,” Deputy Wedge wrote.

If an officer wants to pray for their safety and their colleagues, then they should be allowed to do so.

They should not be criticized for practicing their religion.

Pass this story on if you support Deputy Wedge and other officers who say a prayer for the safety of their fellow officers before they begin their shift.