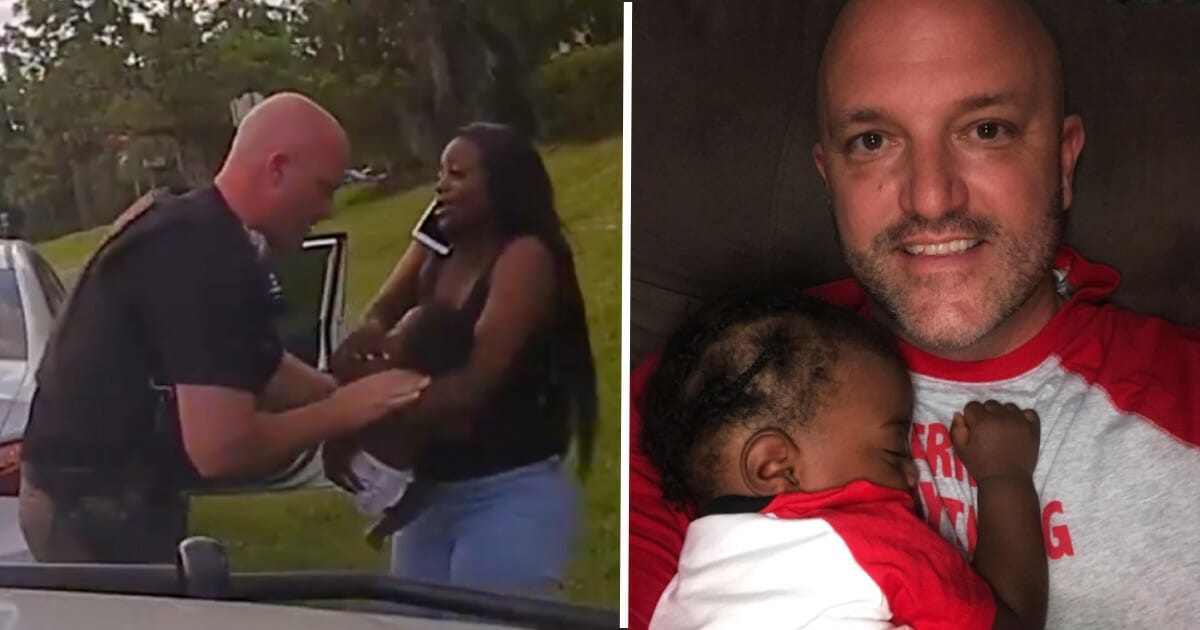 On May 9, 2018, Jeremie Nix was heading home after his shift as a Marion County Sheriff’s Office K9 deputy, when he heard someone causing a lot of commotion.

He rolled down his window and that’s when he learned that a 4-month-old baby was in trouble.

“The first words out of her mouth were, ‘Don’t let my baby die,’” Nix recalled.

He started CPR on the little boy, Kingston, but didn’t see any improvement. That’s when he took matters into his own hands and drove the child to the emergency room.

Doctors were able to get Kingston breathing again, and both the doctors and Kingston’s mother, Nechole Crowell, credited him with saving the little boy’s life.

After Nix saved Kingston’s life he could have went on with his own, but he wanted to make sure the 4-month-old was OK.

Crowell spoke with the sheriff’s deputy after the incident and let him know that Kingston was “completely healthy.” And that could have been the last time the two spoke, but it wasn’t.

A few months after Nix saved Kingston’s life, Crowell had a question for Nix. Would he be Kingston’s godfather?

“Like we were kind of attached from the moment it happened. He just said, ‘I’m not leaving your son, until I know he’s OK’ and it’s just been him and Nikki since,” Crowell told WESH 2 News.

Nix and his wife Nikki have hosted Kingston at their home numerous times since, including on Christmas.

Jeremie said their chance meeting has allowed him to form relationships that he otherwise wouldn’t have made.

“It doesn’t have to be blood related to be family and it doesn’t have to be just your family to teach life lessons,” Crowell, who is a single mother working full time and earning her nursing degree, said. “And so he has another family that can teach him a lot more and we can all work together. You know, no matter color, race, whatever, it’s just, you see genuine love.”

Jeremie Nix didn’t have any obligation to keep in touch with Nechole Crowell after he saved Kingston’s life. But the life-threatening incident bonded them in a way they couldn’t have predicted, and it was hard for either of them to ignore it.

Share this article to thank Jeremie for saving Kingston’s life.