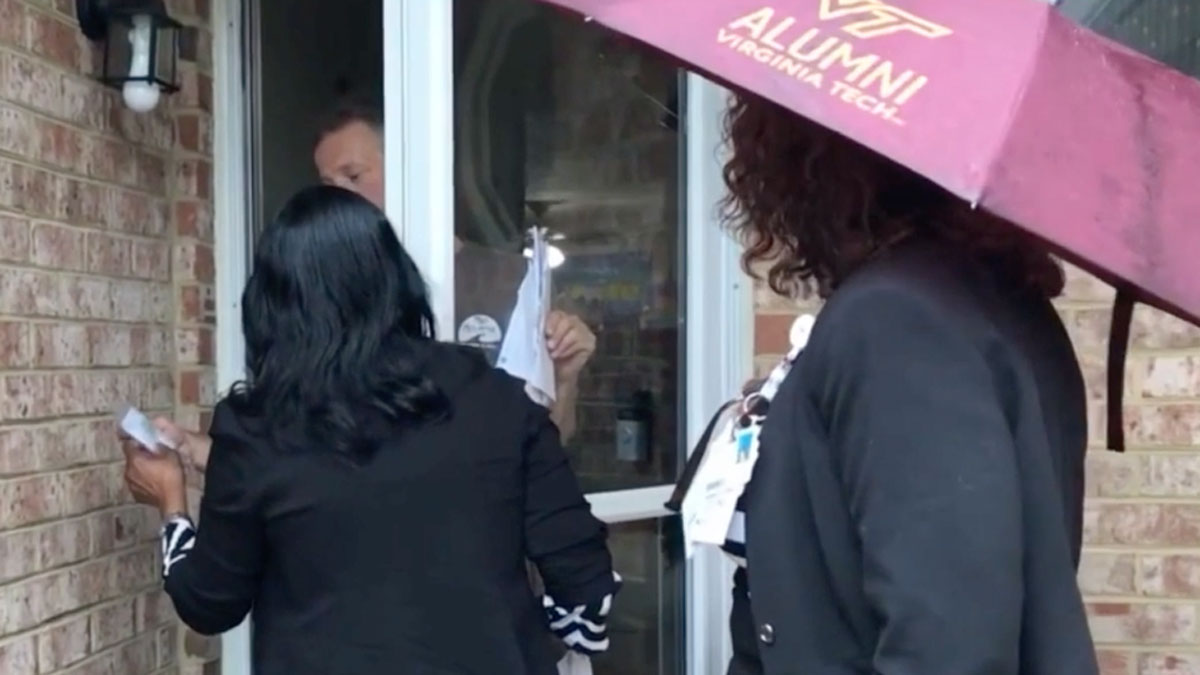 When a Virginia Beach woman found an envelope that didn’t belong to her in her front yard, she and her sister did exactly what they were taught as kids.

They returned it to its rightful owner.

“I just think if it were my check and someone delivered it to me, I would be so relieved,” Patricia Brooks said.

When Jacqueline Marshall left her house over the weekend, she spotted an envelope on her front yard.

“It was not only a letter – it was an IRS check,” she told WTKR.

She and her sister Patricia discovered the intended recipient lived about five miles away. It was Patricia who suggested the two deliver the letter to its owner.

“We’re healthcare workers and we care about people, and that’s the way we were raised,” she said. “I just think if it were my check and someone delivered it to me, I would be so relieved.”

So the two got in their car and drove the five miles to Michael Borecky’s home.

“How are you? Are you Michael?” Jacqueline said. “I found this in my front yard. My sister and I decided to personally deliver it to you. You might be waiting for it.”

He said the money came at a great time because his wife had died two years ago, and his son had recently moved back in with him.

“…you just don’t see this every day. It’s fantastic. Thank you,” he said.

Thank you Jacqueline and Patricia for giving the letter to its rightful owner. You’ve set a good example for all!