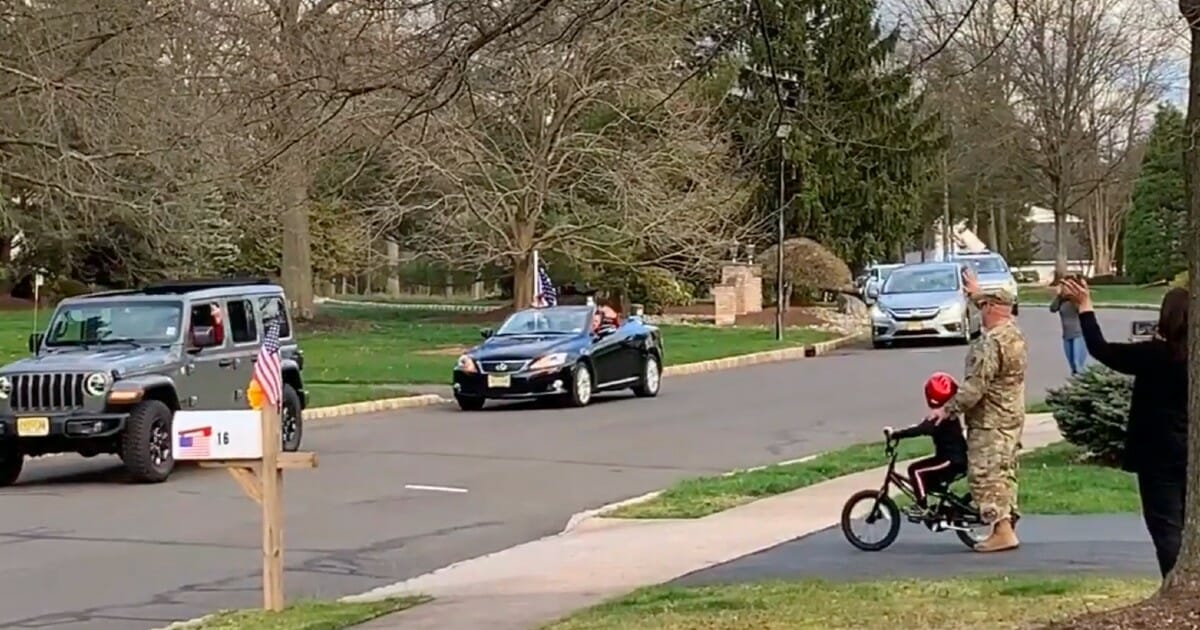 Instead of going straight to his loved ones in New Jersey, he had to quarantine in New Mexico for two weeks.

“It was interesting. Being quarantined in the military is easier than in civilian life as we are used to following rules, having structure and we were in the middle of a desert,” Rob told Patch.com.

While Rob was in New Mexico, his wife devised a plan at home.

Rob’s wife, Diane, reached out to family and friends to see if they’d be willing to participate in a little parade for her husband when he finally returned home.

“I thought it was just going to be a couple of cars and a few neighbors.”

But it was more than just a few neighbors. An estimated 100 vehicles that included friends, family, first responders, and even township officials paraded through the family’s neighborhood to welcome Rob home.

Welcome home, Rob! And thank you for your service. You deserve every moment of this special parade.

Share this to recognize Army Lt. Colonel Rob Movshin and thank him for his service.