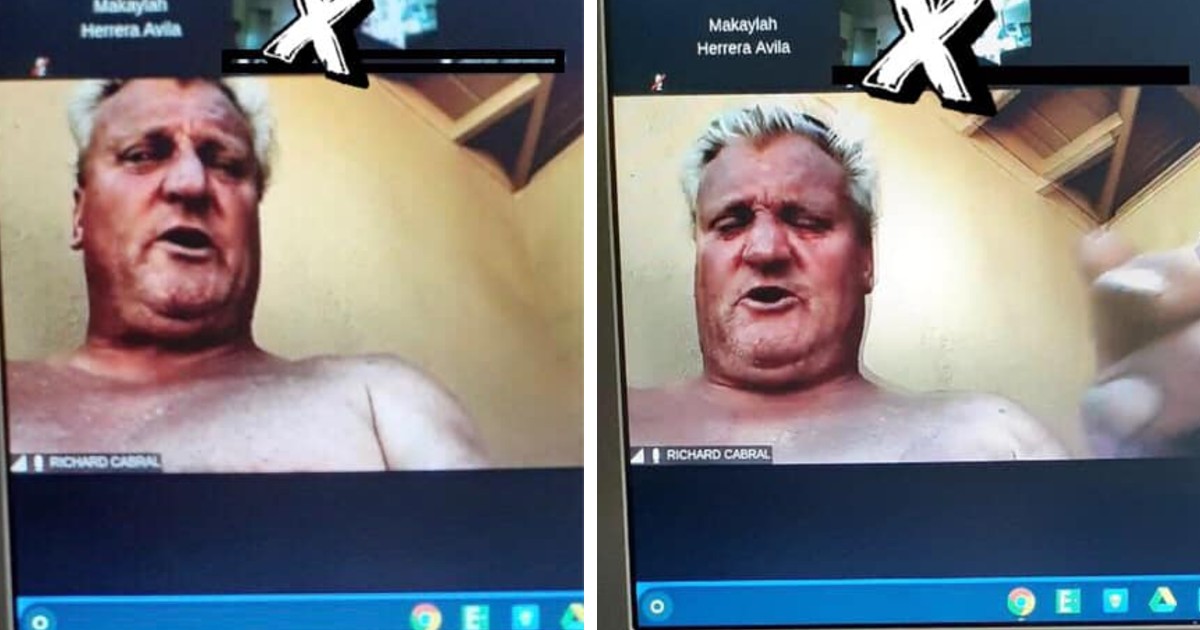 Although virtual learning has been around for some time, for many it’s still relatively new territory.

Now that many students have either returned to school or will be heading back in the near future, the uncertainty about online classes can be daunting.

Will students have to follow a schedule? Will they still receive the same amount of homework? Will it be just as engaging? Will there be a dress code?

Apparently not for teachers.

A 13-year-old student at Silver Creek High School became disturbed when her teacher logged onto her virtual class and appeared to be without a shirt.

“He seemed really awkward and kind of gave me like a weird vibe,” Makaylah Herrera-Avila said. “And when he was using the camera, it was all shaking around and like, moving everywhere.”

The 13-year-old, who attends school in San Jose, California realized he wasn’t wearing a shirt.

“And that was kind of awkward, made me feel uncomfortable.”

She got her mom, turned off her camera, took a photo of her computer, and then logged out of her special education math class.

Makaylah’s mom, Elizabeth Avila, contacted the high school and then the school district.

She learned that unfortunately classes aren’t recorded due to privacy concerns, something that she believes shouldn’t be the case.

“He knows the rules. He should not be exposing himself like that to all these minors. You know, at the end of the day, they’re still kids and it’s wrong.”

“We’ve never had to deal with this kind of situation. You can sit there and say, ‘Don’t talk to strangers. And if someone touches you, or a grownup does something to you, and it’s physically happening,'” Avila said. “But now this is virtual stuff. So, it’s a whole new world, this whole cyber stuff.”

Avila and her daughter identified the special education teacher as Richard Cabral. According to Avila, he’s currently under investigation and has been suspended and asked not to contact students. Although he did send an email out to his students.

In a statement, ESUHSD Superintendent Chris Funk identified the person in Makaylah’s photo as a teacher, but did not identify them.

“I will say that the behavior is unacceptable, unprofessional and violates several district policies,” Funk said.

While you may not be required to dress up for virtual classes, appearing on camera without a shirt, is completely unacceptable behavior, especially in front of minors.

Share this if you want to see appropriate action taken.