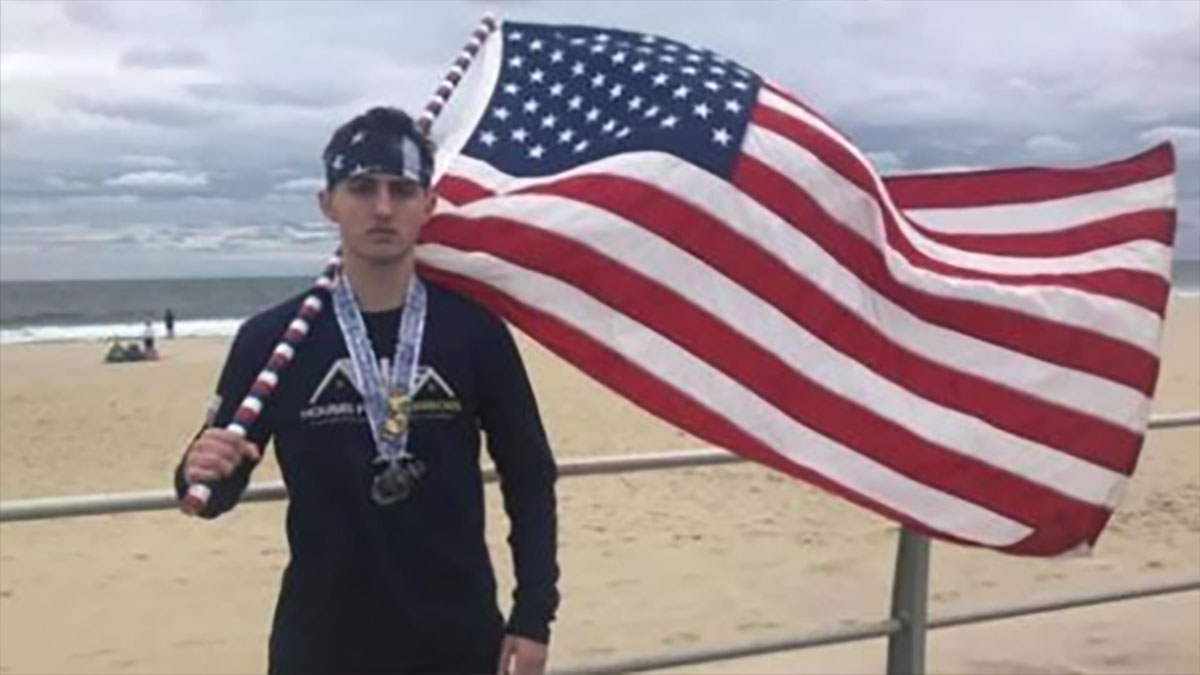 Michael Ferrara is a teen with a mission – with many of his family members serving in the military he’s made it his goal to help support them as much as he can.

The New Jersey student started by reviving his school’s Student Soldier Support Club which he plans to join one day.

Then last year Michael wanted to do something to help homeless veterans so he started a fundraiser for Houses for Warriors.

The organization helps to improve the quality of life for injured and homeless veterans by helping to provide safe and affordable housing and vocational training.

Michael, a student of Hunterdon Central Regional High School, had a goal of $4,000 to buy commemorative bricks to dedicate to his family members.

“I’m going to dedicate three of the four bricks to two of my grandparents and my uncle,” he said in October, as per NJ.com.

Michael embarked on many fundraising projects including running a marathon, all toward raising the money needed to build a group home for veterans in Colorado.

Andrew Canales, CEO of House for Warriors, said he wished he had 100 people like Michael so more group homes specifically for veterans would be realized.

The Iraq veteran told Fox News that shelters were high-stress places for vets due to the “constant open drug use, higher encounters with violent and aggressive individuals with severe mental health issues, the constant risk of theft and their personal property being stolen.”

Building a group home just for them would enable them to enjoy safety, comfort and vocational training.

The 17-year-old ran the 26.2 miles from Sandy Hook to Spring Lake with Team RWB (Red, White and Blue) last October to help raise the funds needed to turn the 86,000-square-foot facility in Denver into a transitional housing and vocational training facility for homeless veterans, as per NJ.com.

Not only did the hardworking teen complete the marathon he has far exceeded his original target and raised $12,000 toward the cost of the home which will house up to 9 veterans.

In a Facebook page set up to support the worthy cause dad Ray Ferrara announced that the dream of building the group home for veterans was finally realized.

“Mike and I visited Denver, Colorado this weekend to attend the grand opening of Houses for Warriors’ very first Veterans group home! Your $12,000 in donations were the key to making this happen.

“Mike was also recognized for his efforts. 9 homeless veterans will be in their new home in the next few weeks.”

In Ray’s most recent post he said he was “honored and humbled” to see The Ferrara Family Warrior House finished and almost equipped with everything the vets need.

The teen won’t stop at one group home, he’s determined to continue doing all he can to help.

“I’ve always looked up to our veterans, the people that have served our country, because they’re out there every single day, they’re going to put their lives on the line,” Mike said.

This young man is such an inspiration to help those veterans who have sacrificed everything to fight for our freedom and then find themselves with nothing. They deserve all the opportunities to help them get back on their feet.

Help us pay tribute to Mike and his family and encourage more people to support the cause by sharing this story.