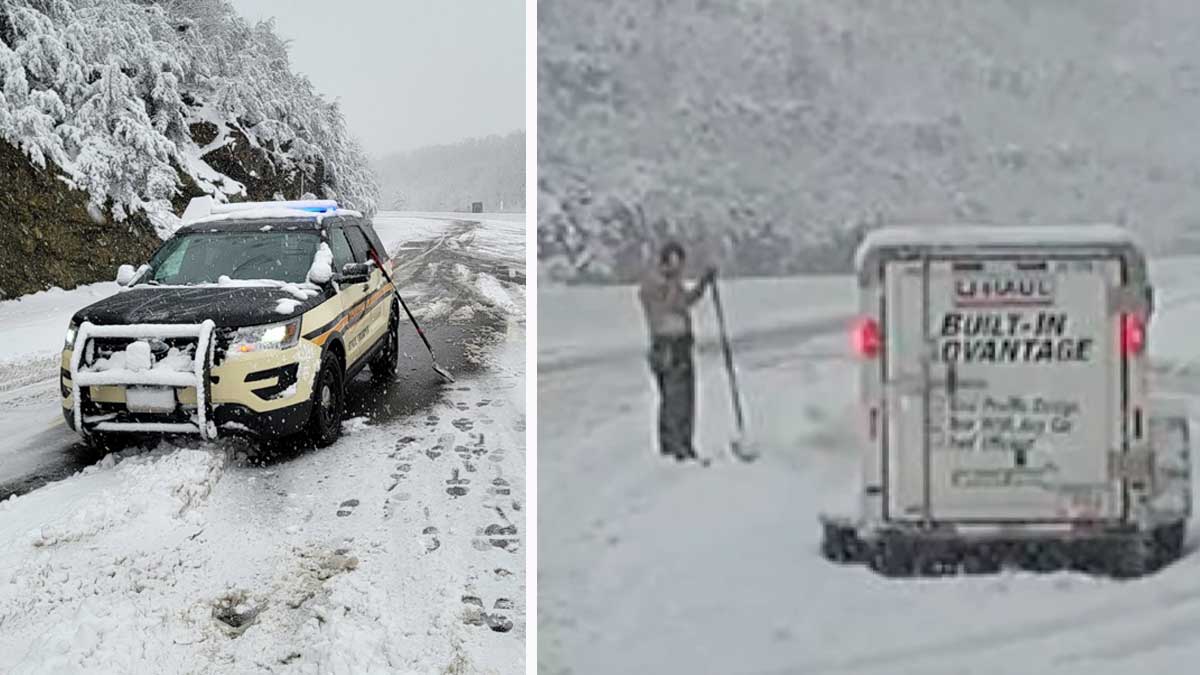 When a winter storm blanketed parts of Tennessee, many motorists were left stranded even as crews worked tirelessly to clear the roads from the snow and ice.

He literally grabbed a shovel and got to work.

Heavy snow fell Sunday making travel difficult to near impossible, but that didn’t stop many people from driving along I-75 in Campbell County from Caryville into Kentucky.

The Tennessee Department of Transportation tried their best to stay ahead of the storm, but the highway had to be closed multiple times throughout the day as they did their best to clear the road of ice and snow.

One person in particular worked extra hard to get motorists moving.

As TDOT workers continued to salt and plow the highway, Wiser borrowed one of the worker’s shovels and started digging people out.

“I nabbed his shovel and was able to dig out two big rigs and get them straightened up and out, and plenty of smaller passenger cars as well,” he said.

THP said Wiser dug out 14 vehicles, 2 semi-trucks and 12 passenger vehicles, and he also responded to two crashes during the snow storm.

“It was a crazy night. It wasn’t in the original [job] description when I signed up. But to see these folks out there stuck and a lot of them trying to get home, we do what we can.”

Wow! What a guy. Thank you Trooper Wiser for going above and beyond to help those who were stranded on the highway.

That’s how you serve your community!