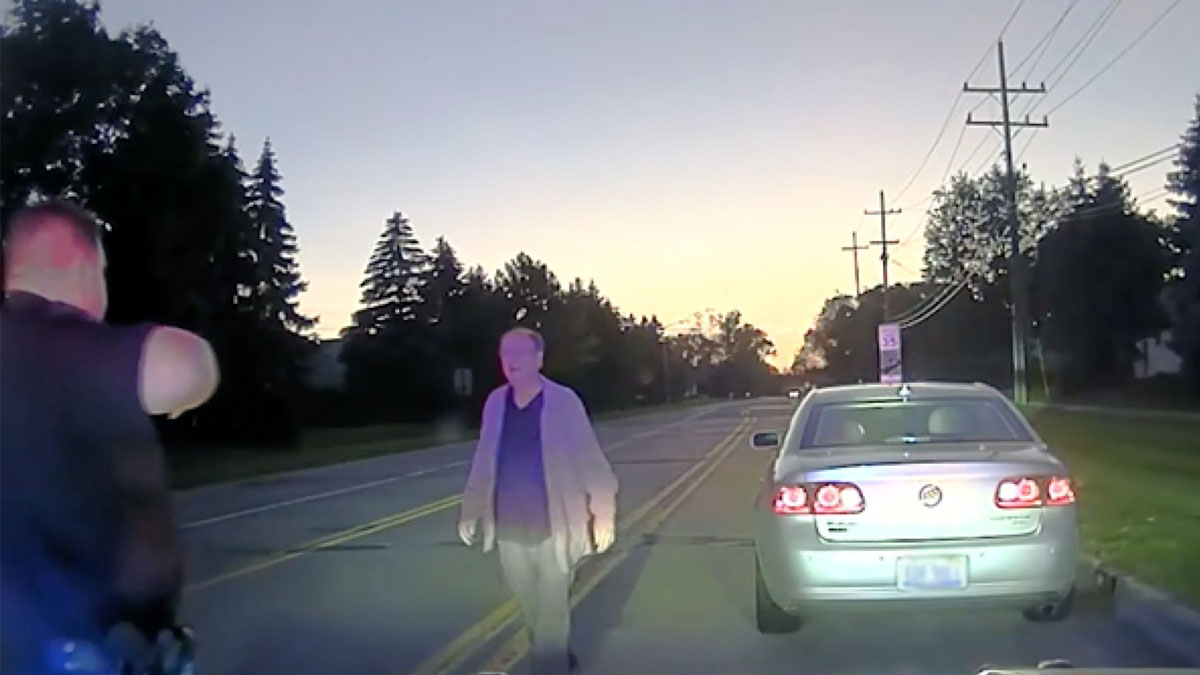 When police in Sterling Heights, Michigan pulled over a car for speeding, no one could have predicted the end result of the traffic stop.

The driver was let off with a warning, and the police officers paid a visit to his home to help him set up a new TV.

The incident occurred around 7:30 pm on September when Officer Kevin Coates pulled over a 79-year-old man identified as David for speeding.

The man was crying and visibly upset.

He told police “everything is going wrong” and expressed a need for help.

“I really try to drive right,” David said, according to reports. “I bought a new television today because I wanted to make my wife happy, you know, and I can’t get it hooked up.”

David went on to explain that his wife was sick and they had an adult son with a disability, and he had been traveling all over to find the right cables to hook up the new television.

Coates attempted to resolve David’s issue on the side of the road, but when it became clear the situation required a little more attention the two exchanged phone numbers and Coates promised he’d stop by later.

An hour later Coates was at David’s home.

Not only did Coates fulfill his promise, but he brought along two other officers who helped hook up David’s TV and show him how to use it.

Thank you to all of the officers who helped David. You all went above and beyond!