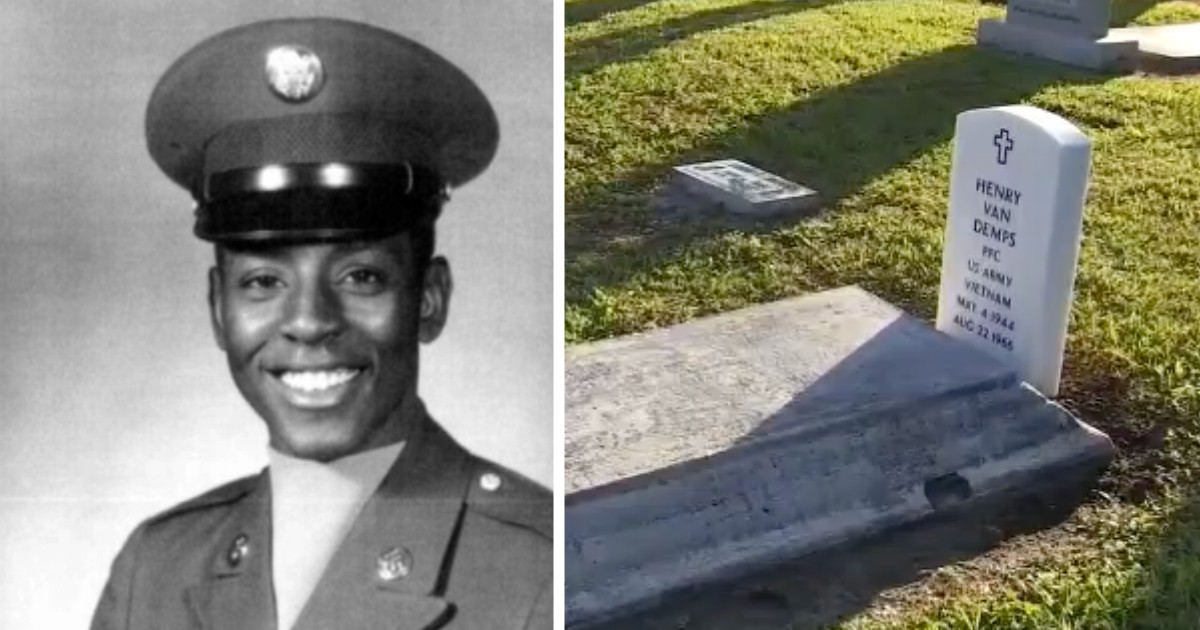 For over 50 years, PFC Henry Van Demps laid in an unmarked grave in Plant City, Florida, until recently when the Vietnam veteran finally received the burial he deserved.

John Lawler, a volunteer with the Coffelt Group, a database Vietnam War casualties, has traveled the country in search of Vietnam veterans’ unmarked gravesites.

“I’ve done it in Georgia, Alabama,” he told FOX 13. “We had gone to north Florida and we found two unknowns up there this weekend and documented five more.”

When he learned about Demps, who had been killed at 22 years old after only four months in Vietnam, he began his search to find him.

Eventually, after many tries he found the cemetery, Garden of Peace Cemetery, and with help from Cemetery Operations Unit Superintendent Jeff Black, he secured a proper headstone.

“We found him and from there, it just kind of snowballed,” Black said.

He learned that Demps never received military funeral honors when he was buried, and he wanted to make sure the Vietnam veteran was properly honored.

Finally, the day before Veterans Day, Demps received the burial he should have received 54 years ago.

“Makes me proud,” Cleone Thelma Wright, Demp’s mother, said. “I thank the Lord for keeping me alive to see this day.”

It breaks my heart that there are veterans who have been buried without military honors or who lay in an unmarked grave.

Thank you to those who volunteer their time to fix this.