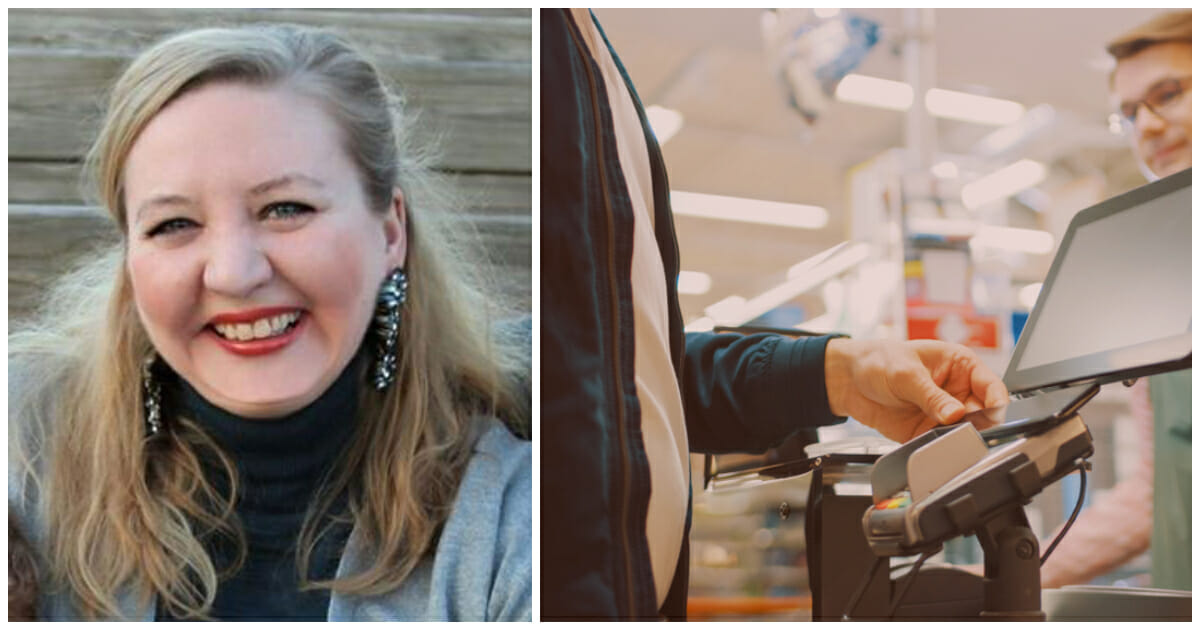 There are a lot of challenges facing the world right now. Many people are struggling and it’s more important than ever that we take the opportunity to help one another out.

Like one woman, who felt a voice telling her to help out a stranger in his time of need… and in the end realized that everything happened for a reason.

A woman named Sara Fleming runs a blog called Pacis in the Gutter, where she shares stories of faith.

“I’m a Jesus girl. I love to write,” her bio says. “I also love stories. Especially true stories about how God redeems the messed-up, broken things.”

But recently, one of those miraculous stories happened to her.

In November, about two weeks before Thanksgiving, Sara was at the grocery store at about 10 pm and ended up behind a man on line for the cashier.

It’s an embarrassing situation for anyone to be in, and making things worse he had two of his kids with him, who were visibly embarrassed.

Sara watched the scene unfold and her heart went out to the stranger.

“The cashier put cans of tuna, boxes of pasta, bananas, and apples under the counter,” she wrote, saying the man was already buying the bare minimum.

“I wondered if he was a single dad. The lack of a ring on his finger gave me suspect to believe so.”

Suddenly, a voice in her head began to tell her to pay for the stranger’s groceries. While the bill was $94.10, Sara told the man she would cover the bill.

“The store was empty, there was no one else in our line, and I watched this man slowly turn, his jaw dropped open,” Sara recalled.

She even insisted on buying the items he had put back. The man was left speechless and in tears. He thanked her, and confirmed that he was a single dad struggling to get by.

“I gave him a hug. His son and daughter wanted to hug me too,” Sara wrote. “When I got to my car, the tears came flooding out.”

Then, months later, Sara got a sign that made her realize it was all for a reason.

In February, Sara was at mass, and in a stunning coincidence looked to her left and saw the man and his two kids. She realized they went to the same church.

“I never even told him where I went to church,” she wrote. “I just obeyed God. The same One who brought this dad and his family to my church that Sunday.”

What a good samaritan! In times like this we should all follow the voice in our head and try to help others when we can—you never know how close a stranger really is.