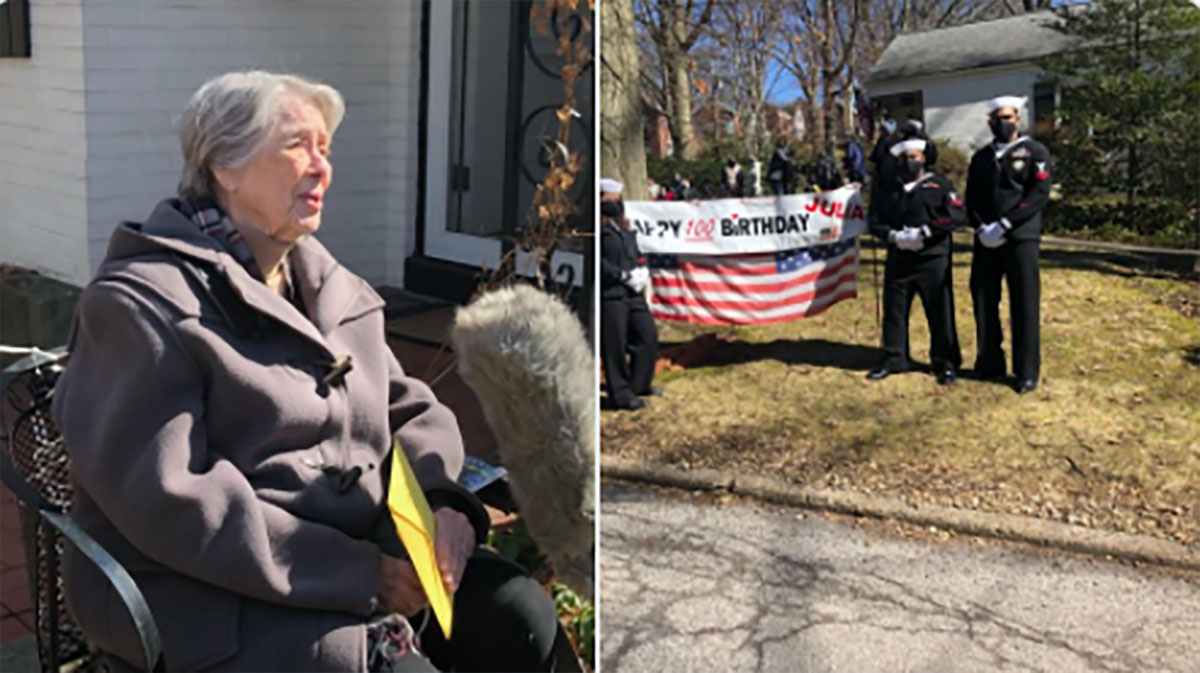 A World War II code breaker who helped hunt down Nazi U-boats celebrated her 100th birthday with a parade.

Julia Parsons knows all about secrets after her service with the Women Accepted for Volunteer Emergency Service, or Navy WAVES.

Following cryptology training at the Naval Reserve Midshipmen’s School, Parsons was sent to Washington to join a code-breaking unit. She was responsible for deciphering German U-boat messages via the Enigma machine.

But “we never talked about it,” Parsons said, as per Trib Live.

“Because you never knew who was listening. Also, no one asked me, so it was easy to keep a secret. I never told my husband. I never told my parents. I never told anyone. I wasn’t good at keeping secrets as a kid, but I knew this was important information to keep to myself. It was a top military secret.”

She said her parents never even learned of what she did.

For her 100th birthday on Tuesday, the nonprofit Veterans Breakfast Club (VBC) of Pittsburgh, organized a parade of local police and firefighters, veterans and current service members to go past her house.

“Julia’s story is simply incredible and, as a long-time member and participant with Veterans Breakfast Club, we are honored to celebrate this milestone with her,” Todd DePastino, founder and executive director of VBC said, as per Military.com.

Julia has since shared the secret of her incredible work with her three children, eight grandchildren and 11 great-grandchildren.

“The Navy never stops giving,” she said, as per Military.com. “I met my husband through them and had the job of my life through them. And I got my [COVID-19] shots through them.”

What an incredible life Julia has led, so many fascinating stories to share of such a poignant time in history.

Help us wish this amazing woman a Happy Birthday and share this story.