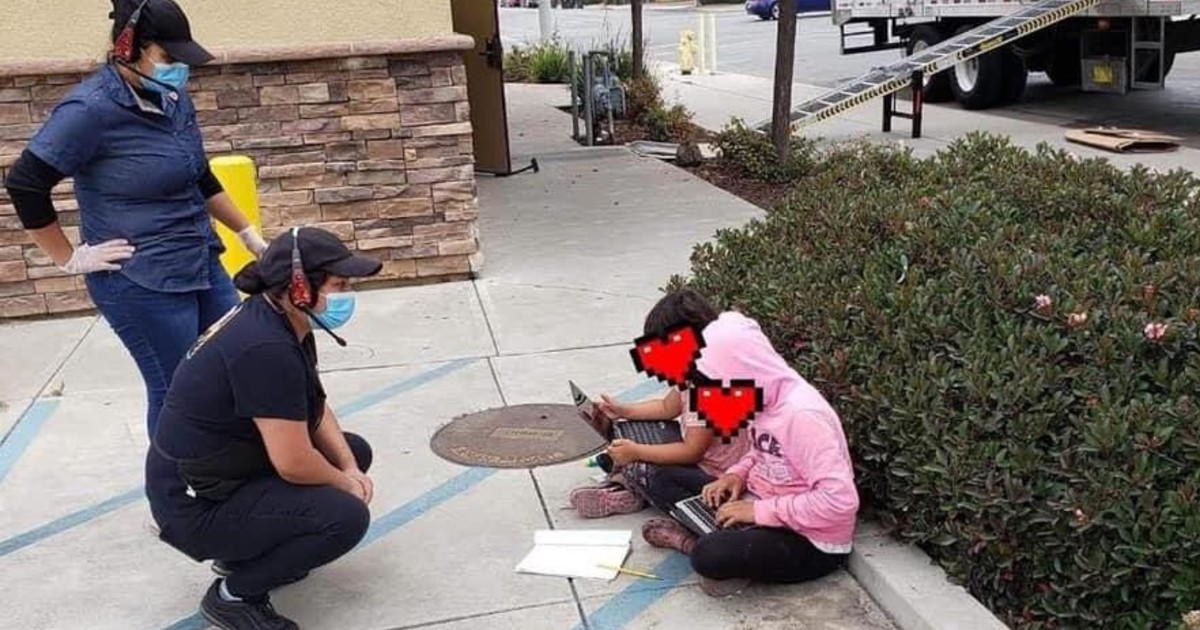 The time we spend using the wifi rarely exceeds a few minutes. Not for two young girls, who were recently captured sitting outside a Taco Bell in California so they could use the location’s free wifi in order to do their schoolwork.

Back in March, when schools announced they would immediately transition to distance learning, internet access wasn’t heavily discussed, but for 15 to 16 million students they would need to find a reliable way to access the internet.

According to a June 2020 study from Common Sense Media, up to 16 million K-12 students lack proper internet access or computer devices at home. This digital divide means students stand a chance at falling behind their peers who have access to the proper tools needed for distance learning.

Those who don’t have internet at home, must find a way to access wifi or risk falling behind.

In doing so, he called for a solution to the “digital divide once & for all for all California students.”

“California is the technology capital of the world, this is an embarrassment,” he told CNN. “Salinas Valley is 45 minutes from Silicon Valley and here we have such a huge divide that’s gone on for years but now it’s only amplified because of this pandemic.”

After Alejo shared the picture on Twitter, it was liked and retweeted hundreds of times. He reached out to the district’s superintendent and eventually the children were identified and their school gave them a hotspot so they could learn from home.

“Technology is so critical and we cannot view it as a luxury, it’s a necessity of life, it should be seen as a utility like water, electricity and gas,” Alejo said.

Families who are having difficulty accessing internet or do not have sufficient devices for their children to learn on are advised to contact their schools.

Did you realize that so many students in the US are unable to use the internet for their coursework or don’t have the proper device?

We need to make sure every student has access to technology so they can succeed.