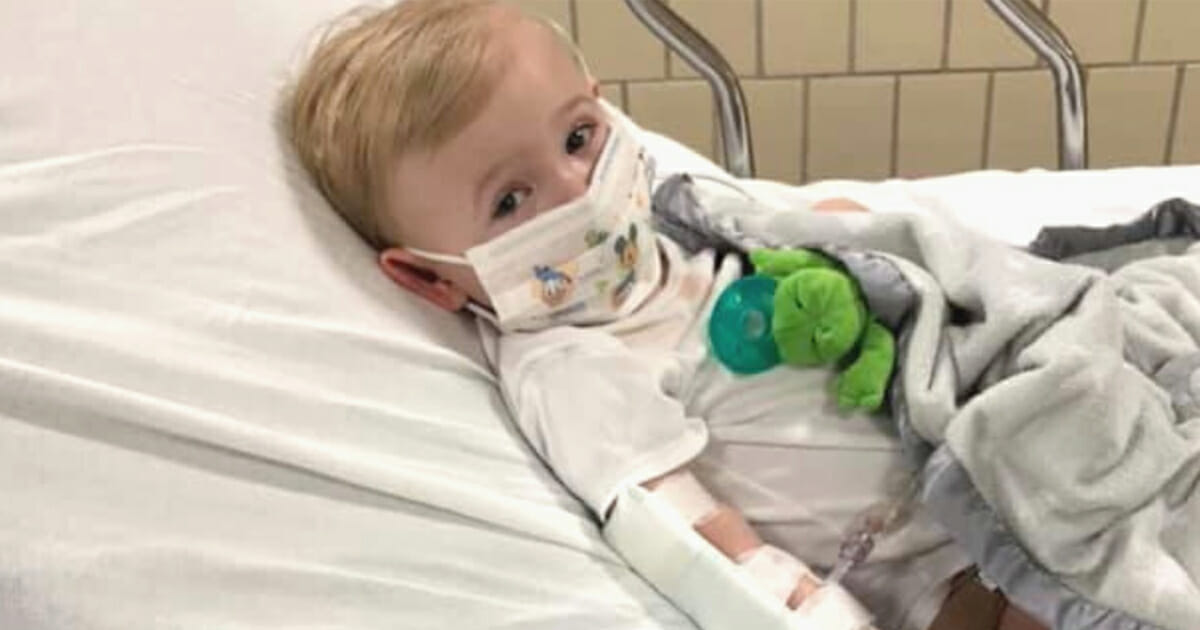 Coronavirus has the world scared, it’s true. Perhaps none, however, are more terrified than the parents of children who have contracted the virus.

For most of the previous few months we’ve been told that kids are at lower risk of being affected by COVID-19. Whilst the data seems to have proven that true, it doesn’t mean that it’s beyond the realms of possibility for them to fall sick with it.

Far from it in fact. Parents are still being urged to take all the necessary precautions – one family has gone so far as to issue a warning concerning their little boy.

One-year-old Luke Schreiber lives in Farmington, Michigan and was recently diagnosed with coronavirus. His symptoms first revealed themselves on March 31.

His mom, Amanda May Schreiber, told the Detroit News: “He looked like he was passing out, I’m doing songs and acting crazy in the car and he just wasn’t responsive.

“It was one of the scariest moments of my life.”

Given the stay-at-home order, Amanda and her husband Ryan had been regularly taking their kids’ temperatures. On that specific afternoon, both Luke and his 4-month-old Alistair experienced a slight spike in their temperatures, indicating fever.

“Luke woke up crying, which he never usually does, and he had a fever close to 103, a little more than Alistair’s,” Amanda said.

“I immediately thought ‘oh no,’ but we didn’t panic. We got them up, gave them Motrin and the fevers reduced quickly, so we hoped it was nothing to worry about.”

Luke, however, didn’t get better. His mom and dad returned to check on him a while later, and found he was sporting a temperature of 106.5.

Amanda said: “I promise you we checked it 10 times using two different thermometers and checking it on ourselves, too.”

His parents put Luke in a cool bath to bring his body temperature down, but he was still shaking and shivering.

“Luke started screaming because it was cold, and we were obviously really scared because it all happened really quickly,” Ryan added. “In that quick moment of panic, you know you have to jump in action.”

Luke was rushed to hospital, where he tested positive for COVID-19.

“Six hours after we got to the hospital, his fever was still at 104.5. He stayed the night. It took just 12 hours to get the results back that he was positive for COVID-19 because they do in-house testing,” Amanda said to the Detroit News.

“Doctors told us that with that temperature, any longer before bringing him into the hospital he’s at a much higher risk for seizure and brain damage,” Ryan said. “There’s a lot of people who are, unfortunately, losing loved ones, and as long as we can keep Luke healthy, we’re lucky.”

Fast forward to present and, according to Michigan Live, it’s been two weeks since Luke fell ill. He’s still battling fevers of 101 and higher.

“It goes away and comes right back. We have yet to see a day without a fever at some point. He gets exhausted way faster and just needs to sleep more.”

“It’s important to stay vigilant,” Ryan explained. “We thought we were doing everything that we could to prevent it. We were washing surfaces, we were cleaning hands, leaving mail and packages in the garage, and Luke still got it.”

Indeed, it’s important to follow the regulations and listen to the experts during this coronavirus crisis.

I’m so thankful that Luke’s condition hasn’t worsened, but the fact that he felt so ill certainly comes as a shock.