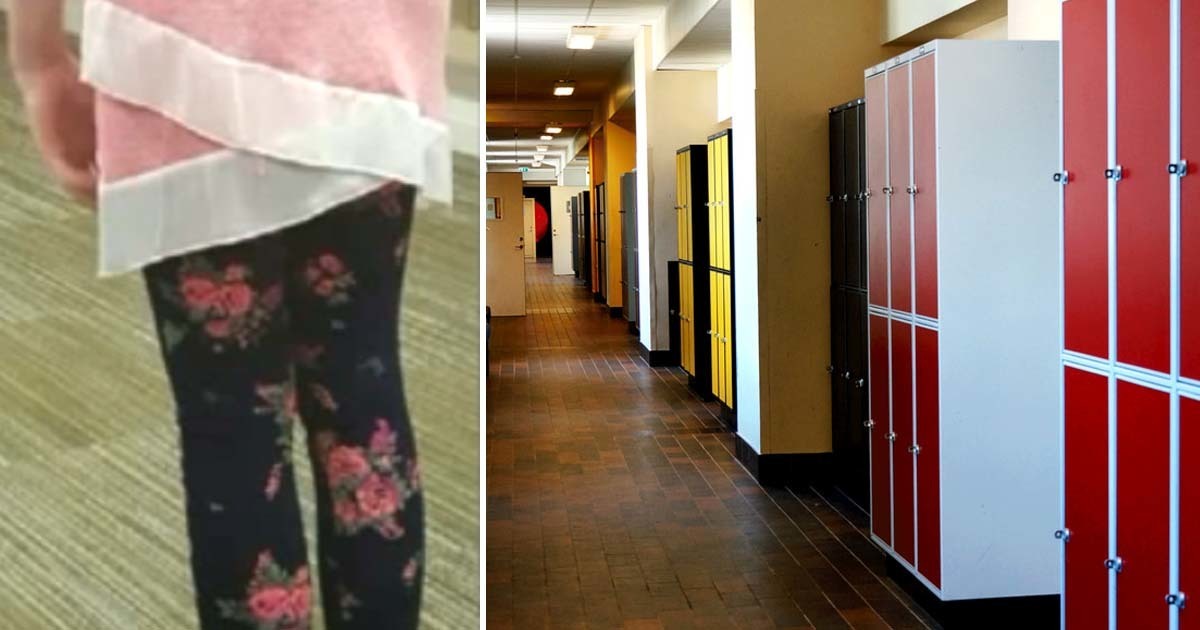 When Bella arrived at her new school in a tunic top and leggings, she was immediately sent to the principal’s office. And his administration’s words have angered thousands of people on Facebook.

“I was told that the reason behind this is that 13-year-old boys can’t control themselves around this type of dress—two different [school] staff members told me that!” Bella’s mom, Kimberly Jones, said, according to the Independent.

Eleven-year-old Bella Jones looked forward to her first day at her new school in Lansing, Kansas. But the day she looked forward to turned into a nightmare when she was sent directly to the principal’s office. The school forced her to change her clothes and accused her of distracting the boys with her immodest clothes.

School spokesman Ninevah Carves said in a statement, “The nurse informed me that she measured all the way around the dress or the shirt and it wasn’t the sides, in was in front and in the back where it was too short.”

Bella was dressed in a pink tunic top and a pair of floral leggings.

The school nurse then forced Bella to put on a pair of sweatpants. According to the school, her leggings were “revealing or suggesstive,” and the 11-year-old was not allowed to call her parents to ask for new clothes. But Bella broke the rules and texted her mother, Kimberley, anyway.

“I left work and I ran right over there and asked them to pull her. She was sobbing. If I could come up and bring her a change of clothes, why in the world would you want to humiliate her all day like that?” Kimberley said.

Kimberley wrote about the incident on Facebook and people there are angry about it.

“People are outraged that schools are sexualizing our children. I was told that the reason behind this is that 13-year-old boys can’t control themselves around this type of dress,” she said.

What do you think? Do you think that Bella should be allowed to wear her outfit, or at least change into her own clothes? Let us know in the comments on Facebook!