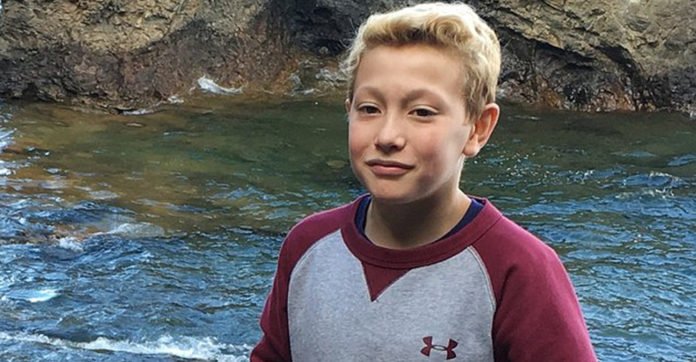 Each and every year we hear of terrible instances of bullying that result in the very worst of consequences.

Sadly, too many times are people bullied to a point where they no longer have any self worth or lust for life. Children are especially susceptible to this social sin; they can often feel isolated and left with nowhere to turn.

The story of Tysen Benz, an 11-year-old from Michigan, makes for a harrowing read. Sure, it took place back in 2017, but it should be used as a reminder as to the oftentimes catastrophic effects of bullying that is rampant in schools all over the USA.

Tyler tragically decided to die by suicide after a social media prank played out on him on March 14, 2017.

He was rushed to a hospital in Ann Arbor, Michigan, where he was placed on life support. Sadly, though, he never recovered and passed away just one month later.

In the wake of her son’s death, his heartbroken mother, Katrina Goss, decided to take action to ensure that the subject of bullying amongst students isn’t one brushed off lightly nor ignored even in the smallest of degrees.

As per a 2017 report by the New York Post, Tysen was the victim of a cruel social media prank by the girl he was dating at the time.

The young boy, of Marquette, had been dating a 13-year-old girl when she posed as someone else online to trick Tysen into believing she had died.

Tysen’s parents found their son later that same evening – March, 2017 – after he tried to hang himself.

“Tysen was obviously upset by this,” Marquette County Prosecutor Matt Wiese said at the time. “Tysen was tragically found by his mother later that evening.”

Mom Katrina set up a Facebook page called “Together for TYSEN” which she still updates today in a bid to remind all parents that bullying can and does occur in schools.

On September 19 of this year, she admitted she was still struggling to cope with her son’s passing.

She wrote: “Lately I’ve been completely overcome by severe heartbreak over Tysens death. It was so very senseless & his beautiful life was wasted. The pain of missing him physically hurts my heart. He will be with me forever though my heart breaks so bad with missing him all day everyday. I’ve never loved another soul more. Mommy loves you sweet “T”. I can’t wait to hug and kiss you in heaven and hold you tight & never ever let go…..💔❤️💔❤️“

As per reports, the young girl responsible for playing the prank that led to Tysen taking his own life was charged with the misdemeanor offenses of malicious use of a telecommunications device and using a computer to commit a crime.

Let this be a sorry reminder over the potential consequences of bullying and making others feel bad.

Tysen was a young boy who had his whole life ahead of him, but the potential was snatched away by a cruel prank played on him by someone he thought he could trust.

Please, people, be vigilant when it comes to your children, and stand up to bullying and bullies no matter what form they take.

Share this article to pay your respects to Tysen’s memory. Rest in peace!