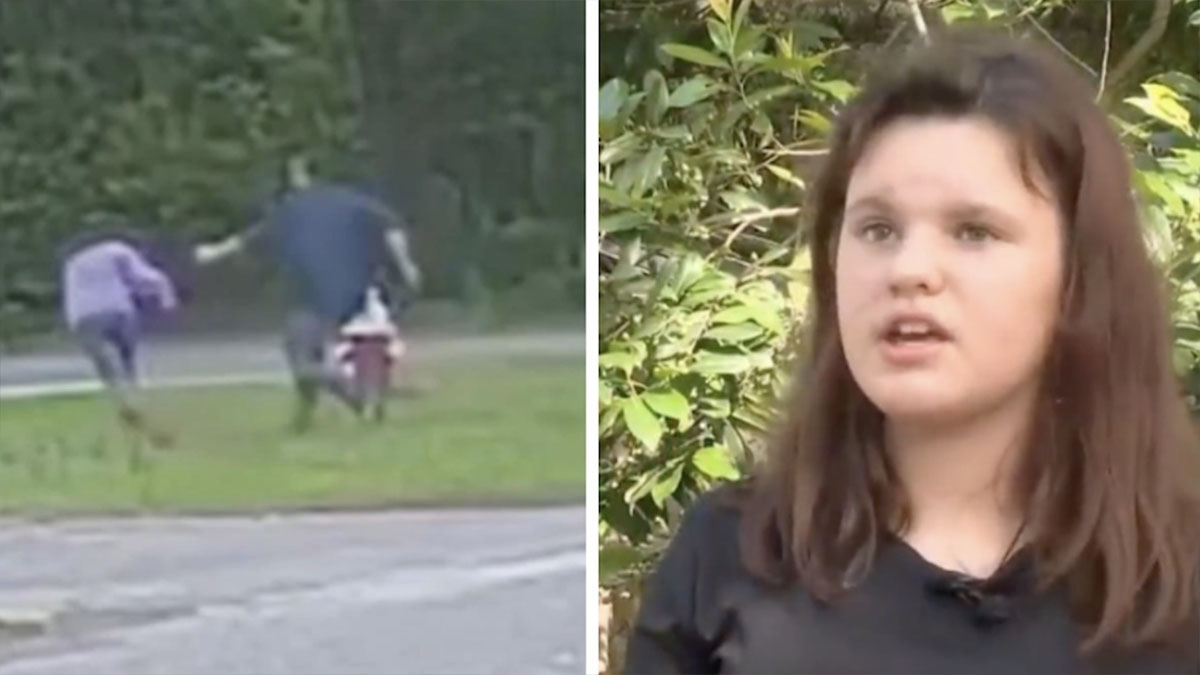 An 11-year-old girl managed to fight off a man armed with a knife who tried to kidnap her, covering him in dye from her slime which later helped police catch him.

Crediting her love of the show “Law & Order: SVU” with the idea the youngster knew that if she wiped the slime on her attacker it would be evidence.

Alyssa Bonal was waiting for the school bus on Tuesday morning, in Pensacola, Florida, when she saw the man, carrying a knife, running toward her.

“Her first words were, ‘Somebody tried to kidnap me. He grabbed me by my throat and he had a knife.’ She said she was able to kick and she tripped him and freed herself,” her mom Amber Bonal told the Penascola News Journal.

“She said, ‘Mom, I had to leave some sort of evidence behind, like on Law & Order SVU.’ We’ve watched probably every episode on Hulu. She’s a smart cookie, she thinks on her toes. She got that slime everywhere.”

Not only was Alyssa able to get away from her attacker, tripping him up she also covered his arms in the blue slime.

The blue dye from the slime was part of the evidence that led police to arrest 30-year-old Jared Paul Stanga, that same day.

Escambia County Sheriff Chip Simmons said Stanga still had blue dye on his arms, just like the kind Alyssa had said she left behind on him.

Stanga was taken into custody Tuesday evening and charged with attempted kidnapping, aggravated assault and battery. He appeared in court Wednesday, when a judge set his bond at more than $1.5 million.

Through tears Amber said her daughter hasn’t fully grasped just how close she came to being taken away.

“I could have lost her forever,” she added.

The man was caught on surveillance video trying to grab Alyssa by the neck as she tried to run away.

Alyssa did just what her mom had told her to do if anyone tried to grab her: “kick, bite, scream and yell.” The reaction of this brave 11-year-old was enough to send her attacker running.

I hope justice is properly served; this man is a danger to the public.

I’m so thankful that Alyssa was able to get away, such a brave girl. Please share.